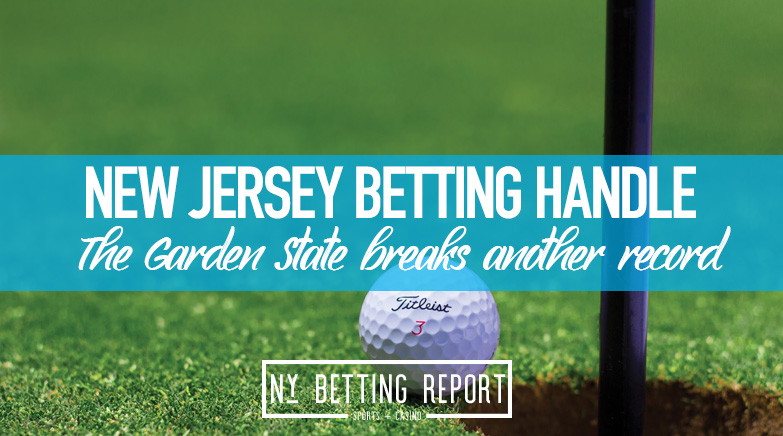 New Jersey sports betting revenue reports continue to impress across the U.S. In October, the Garden State saw over $800 million in bets for the month, breaking the September record of $748.6 million. The official handle hit $803.1 million, as it gets closer to the one billion dollar mark.

What is more impressive is that the state had increased its betting handle every month since the lows from April when the pandemic was full force. In August, New Jersey hit $668 million in bets with a full month of MLB, NBA, and NHL action in the mix.

Then, football joined the party, and the state saw its next record with $748 million. Some experts believed that this was the peak thanks to a full month of Football, Baseball, Basketball, and Hockey all playing at once. Then, October hit, and the state hit the $800 million betting handle mark.

The October report is impressive and shows how much football matters to the sports betting industry. Fortunately, sports betting operators could take advantage of the NBA Finals and MLB Playoffs for a brief period. November will really show how big of a king football is.

Not only did the sports betting industry have great success, but casinos also broker records in October, and online poker has remained steady since the pandemic originally started. Casinos saw $93.5 gambling online, breaking the previous record of $89 million set in September.

Despite Atlantic City casinos having to remain at limited capacity due to COVID-19, they are making up for it online. People are looking at staying home instead of going to the casino to get their action in.

Online poker was also around $2.5 million, which has remained steady through October and is also up from October 2019. Online poker is not as popular to play online but is another revenue stream for the online casinos.

Borgata remains the market leader as it saw $41.2 million gambled in the online casino, following Hard Rock at $28.8 million. As New Jersey put in more restrictions for Atlantic City casinos, look for the gaming revenue to increase during the winter months.

Can New Jersey Continue this Success?

The handle jumps from September to October are most impressive due to the sports schedule changing. College Football and the NFL are in full swing, but there were a limited number of NBA games and the MLB playoffs not having action every day.

However, this proved that it did not matter and that people were still willing to be whatever they could in October. Football is still king, however. Sportsbooks are always going to capitalize during football season as it is the most bet sport in the U.S.

With no NBA Finals or MLB playoffs, it will be interesting to see what November brings. College Football will see more leagues play with the Pac-12 and MAC conferences, finally starting its seasons. The NFL enters the second half of its season, and teams will begin their push to the playoffs.

If New Jersey sees another record-setting month, there is no doubt that the U.S. will see a state hit the billion-dollar mark at some point in the next few years.