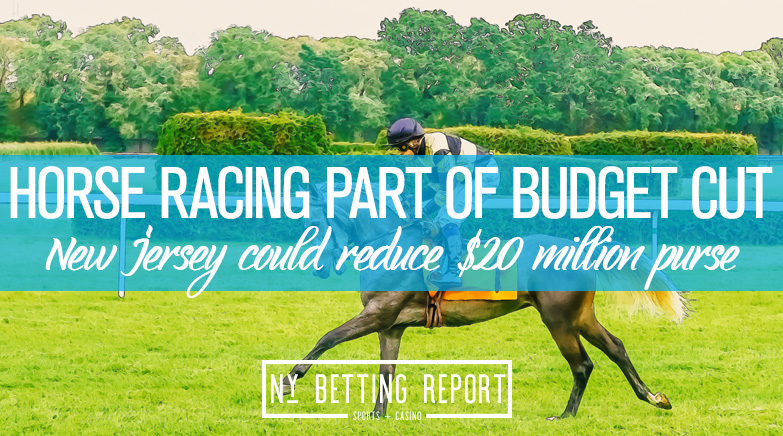 As states continue to get pounded by the coronavirus, they are now faced with the difficulty of budget cut reality. No state wants to be in budget cut reality as it restricts the state from being able to operate at normal levels.

However, when dealing with a pandemic that does not seem to be going away soon, this is the reality of things, and New Jersey is starting to feel it.

Gov. Phil Murphy is proposing a $32.4 million budget for the upcoming fiscal year and is looking to cut over $70 million from the state budget. The Garden State is looking to cut a couple million here and there with subsidy’s to make things work until the U.S. can get back to normal.

One thing New Jersey is looking at is cutting the purse for horse racing. Yes, horse racing winners in New Jersey could be making less in the upcoming year. Murphy and lawmakers are looking to cut $20 million in the New Jersey horse racing purse.

The money is split between the Meadowlands Racetrack, Monmouth Park, and Freehold Raceway. The money comes from slot machine revenue, which is downright now as Atlantic City casinos were closed for three months until reopening back in July. Even now, casinos are operating at 25 percent capacity, which means 25 percent of the slots are being used, which also means 25 percent of the horse racing purse is being generated.

The money coming in is most likely going to be needed for other funds outside of the ponies. This is sort of like how a relative is continuously blowing his money on other things rather than paying the bills. New Jersey probably has some bills to pay.

On the bright side, horse racing owners will still have a $7 million collective purse to earn throughout the year. Although it is a 65 percent decrease from last year, it is still something for the ponies even in trying times.

Although New Jersey already agreed to a five-year $100 million purse, and the 2020 purse already being approved, 2021 and beyond might have some adjustments. Discussions are going on with lawmakers on the proper bag for horse racing, given the budget cuts that the Garden State will face.

The state will be able to pay its regular $20 million purse to the three New Jersey racetracks. However, we are still a long way from spring. The New York and New Jersey area is one of the best areas in terms of COVID-19 spread.

The tri-state area was hit hard in early spring, and now disease experts believe that there is a chance that New York and New Jersey have some herd immunity. If this is true, then New Jersey has a shot at horse racing revival.

Although flu season is around the corner, the horse racing industry out east has a chance to bounce back if everything goes as planned.