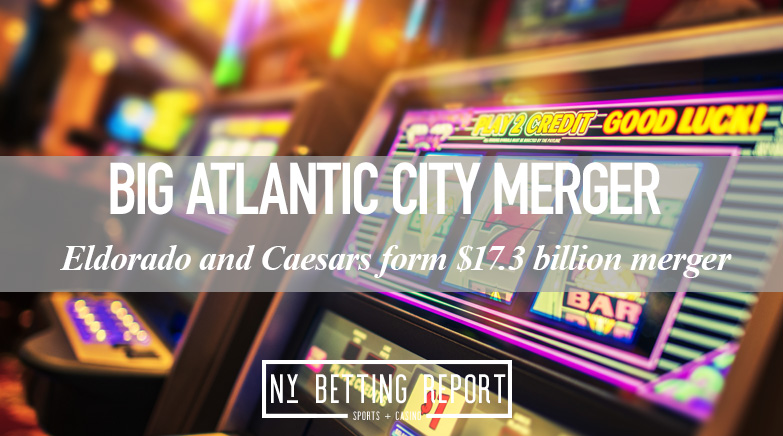 Last week, the New Jersey Casino Control Commission gave final approval between Eldorado and Caesars to create the largest casino operation in the world. The commission voted 2-0 in favor of the merger, giving them four of Atlantic City’s nine casinos.

The merger is finally able to go through after hashing out antitrust laws in New Jersey. The NJCC approved the merger in a 2-0 vote. With the deal in place, Eldorado will own 56 percent of the merged company, which will continue operations and stock trading under the name Caesars Entertainment Inc.

Eldorado is planning to buy Caesars stock at $12.30 per share, using $8.70 in cash and the remainder in Eldorado shares. Eldorado stock traded at $39.01 on Friday, and Caesars Entertainment was at $12.39.

The combined company will have 52 properties in 16 U.S. states, including Las Vegas Strip casino-resorts like Caesars Palace, Paris Las Vegas, Planet Hollywood, Flamingo, and Linq. The buyout also affects Caesars’ properties in the U.K., Egypt, Canada, and a golf course in the Chinese gambling enclave of Macau.

Nevada also approved of the deal, as well as Indiana. However, Eldorado has to seek three of their five casinos in Indiana for the agreement to go through.

The merger will give the company four of the nine casinos in Atlantic City. As part of an agreement to move forward, Eldorado Resorts agreed to lift deed restrictions on the Showboat Hotel Atlantic City, The Claridge hotel, and the former Atlantic Club Casino Hotel, which are old Caesars properties.

ERI also agreed to a five-year window on closing any of its Garden State venues. Hard Rock Atlantic City and the Ocean Casino Resort wanted to comment before the Casino Control Commission to express concerns about the elimination of deed controls on the properties above.

With Caesars and Eldorado putting a stronghold on Atlantic City, this could pave the way for more mergers to come about. Right now, the casino industry is trying to recover from the closures due to the coronavirus. As casinos either remained closed or open at limited capacity, it could force casinos into tough times and even merge with larger casinos that have been able to make it through the pandemic.

Atlantic City might not see the last of large mergers in their town as long as casinos cannot operate at full capacity. The Eldorado and Caesars merger might be the tipping point in the casino industry.