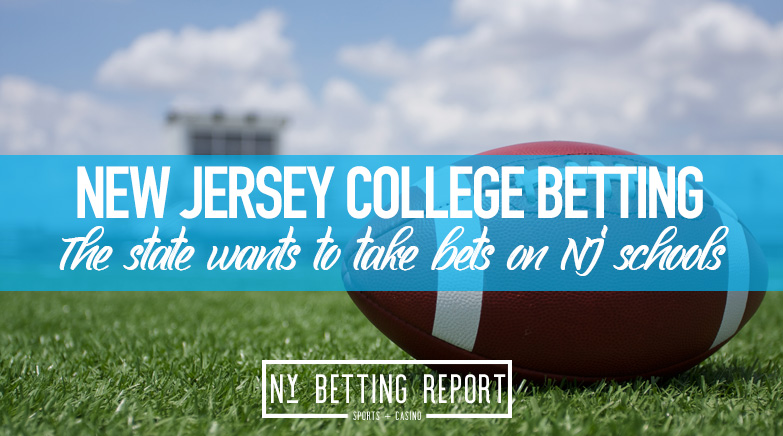 Outside of Nevada, New Jersey has been at the forefront of legalized sports betting throughout the U.S. They helped file a lawsuit, which ultimately led the U.S. Supreme Court to strike down PASPA in 2018.

Major U.S. pro sports and international sports were allowed to bet on. Even college sports are bet on in New Jersey. However, the state has not allowed sportsbooks to take action on college in the state. Anyone can bet on a New Jersey university except when you are in New Jersey.

The rules set around it are odd. Possible out of fear of college athletes throwing games for money? ESPN created a 30 for 30 about a point-shaving scandal in the 1970s with the original Goodfellas mob.

Regardless, New Jersey is now looking at ways to remove that law, which would allow for New Jersey bettors to get action on schools like Rutgers, Seton Hall, Princeton, and others.

Why the Law is in Place

There are a few ideas as to why the state will not allow Atlantic City to take action on college sports.

One reason is that former U.S. Senator Bill Bradley, who played basketball at Princeton and for the New York Knicks, was a huge sponsor of the original PASPA bill and helped create the sports betting ban. Another is because former New Jersey Governor Richard Codey was one of Seton Hall basketball’s biggest supporters.

Some also believe that many state leaders are from the larger universities that see action on those colleges’ games. Many believed that it is in poor taste for the leaders to allow sports betting to happen in its universities.

Ray Lesniak, the former state senator from Union County, also believed that the NFL and other pro sports organizations could sue casinos and racetracks to allow sports betting on their leagues, which ultimately led to PASPA.

How Times Have Changed

Since the early 90s, sports betting has been viewed in a different light. All four major U.S. sports have formed partnerships with sports betting companies and have also embraced the role that sports betting and fantasy sports do to its leagues.

The U.S. even allows for sports betting to happen in college games. However, some states don’t allow you to bet on the schools that play there, as New Jersey is one of them.

On Monday, State Senator Paul Sarlo proposed a resolution that would ultimately allow the state to offer betting on New Jersey schools.

The state constitution would add, “except that it shall be lawful for the Legislature to authorize by law wagering at casinos or gambling houses in Atlantic City on the results of any college sport or athletic event that is a tournament, playoff, championship, or other postseason competition that takes place in New Jersey, including any such event in which a New Jersey college team participates, and that is sanctioned by a nonprofit collegiate athletic association led by its members.”

The idea is good and well, except that it would take some time before the referendum would go to New Jersey citizens. Most likely, if everything went well and it was up for a vote, the state could start letting sportsbooks take action on New Jersey school by March Madness 2022.

Not ideal, but it is a step in the right direction.