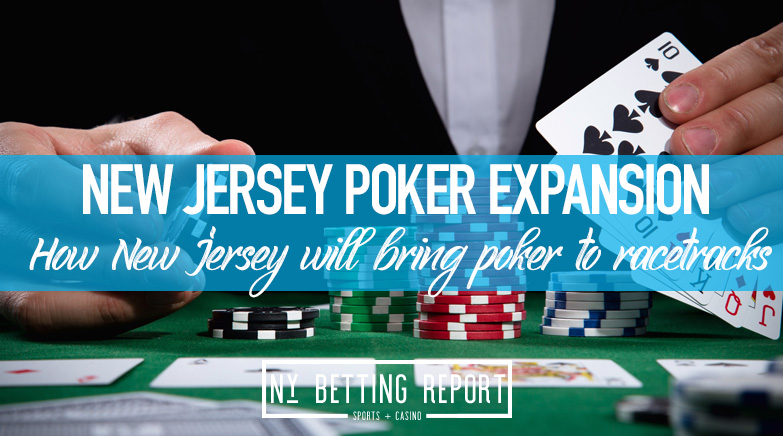 Last week, Republican Assemblyman Ronald Dancer filed A4365, which would allow New Jersey horse racing tracks to open poker rooms at their locations. Right now, Atlantic City has a monopoly on poker throughout the state, which would come to an end if the bill is passed into law.

In the bill, Donald states, “The legislature finds and declares that the card game ‘poker’ is a game of skill and bluff and, therefore, is not a form of gambling that is restricted by the provisions of the New Jersey Constitution.”

The bill passing would be a massive win for racetracks as poker revenue hit an all-time high three months in a row inNew Jersey this past March, April, and May.

A4365 is a great thing for racetracks in the longterm. However, in the short term, it is not as enticing. Poker is not the best game in terms of social distancing, and Atlantic City and some New Jersey horse tracks opened up last week with strict guidelines and social distancing policies.

New Jersey has seen poker players flock to online poker as the pandemic, and could see more people come back to live poker once the worst of it is over. Then, this will open the door for live poker at race tracks as more people will want to get out and play.

Online poker hit an all-time high from March through May as the pandemic was forcing poker players to go online. Through May, Atlantic City generated $16.9 million in revenue, which is up 86.7% from May 2019. These numbers come from three mobile poker operations as the pandemic. However, online poker is not in A4365.

The bill also states, “the Division of Gaming Enforcement will have jurisdiction over poker at racetracks and will promulgate rules and regulations establishing the rules of the game, providing for the licensing of racetrack permit holders to conduct poker, and establishing standards for the size and arrangement of poker rooms.”

Also, The New Jersey Racing Commission will have no jurisdiction over poker at racetracks.

Right now, it is hard to say that A4365 has a chance of passing. Some experts believe that Atlantic City will fight the bill, which makes it more difficult for it to get through state Congress.

Atlantic City is the only place that allows poker to be played outside of online poker. There is a good chance that the casinos will not want new competition from racetracks. In 2019, Atlantic City saw $27.2 million in poker revenue at their casinos.

There is not much of a chance that they will want to miss out on that revenue from race tracks. Also, Atlantic City just had its re-grand opening after being closed for three and a half months due to COVID-19.

Although poker is still not allowed to be played live yet, due to social distancing guidelines, Atlantic City is looking to maintain as much revenue as possible. After being closed for over 100 days, the casinos are looking to recoup losses at minimum capacity after what the pandemic has done.

There’s a good chance that passing the bill will take a while, but casinos will make sure that there is enough opposition to shut down the bill on the Assembly floor. Like most people, casinos are hurting bad, and don’t want to lose out on any additional revenue if they can help it.