New Jersey Makes it Illegal for Colleges to Partner with Sportsbooks 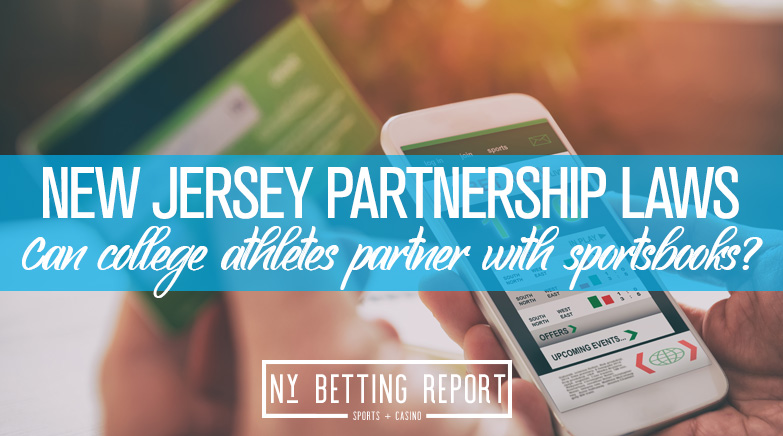 New Jersey is in the works of putting in a new law that would prohibit college athletes in the Garden State to form partnerships with sports betting companies. The bill is being put in place as the NCAA already has by-laws that do not allow students to profit off their names and likeness.

If college athletes were to form such partnerships, then they would be ineligible to play their sport. The NCAA does penalize players and schools if they are found to have been profiting in some sort of way during their time at school.

With four states already working on a law similar to New Jersey, this could change the advertising landscape for college athletics. Although it is already illegal for college athletes to make a profit, putting sports betting companies in that same category could hurt schools from forming these partnerships as well.

Details of the New Law

Under NCAA laws, athletes can partner with certain entities while at their time in school. However, they are not allowed to make a profit and must disclose the deal to the NCAA so they know the legalities of everything.

Whenever the new collegiate law passes, sports betting will be off the table for athletes to partner with. New Jersey already does not allow anyone in the state to be on New Jersey collegiate sports.

The law is interesting as it only affects college athletes. The schools themselves can still form sports betting partnerships while athletes are prohibited. With the law written, everyone is now waiting for it to be passed and put into effect.

How Does this Affect College Athletics?

Overall, the new law does not change college athletics too much. Students already cannot profit off their name and likeness, so adding sports betting operators to partners athletes can’t partner with seems no different than anything else.

The only way this is truly different is if New Jersey is fearful that students could somehow throw collegiate games due to the partnering of a sports betting operator.

Somehow, with gambling involved, there probably is a worry that college students could taint the university for what it stands for.

However, the fact that college athletes cannot profit off themselves is ridiculous. It is 2020, and the college sports market is a multi-billion dollar industry. Students should be able to get paid for their name, image, and likeness if companies want to use them as a sponsor.

The NCAA has a century of laws backing them, however. For them to lose the stronghold they have for collegiate sports would take a nationwide effort to dismantle. As long as students want to play college sports as is, then there is no reason for the NCAA to change up rules.

In a way, the sports betting law would make sense. Even at the pro level, having players being sponsored by sportsbooks that are offering odds on their games would be unsettling. Overall, it is likely that there would be no issues with this.

Also, at the same time, there is an off chance that the partnership could sour and ultimately have the sponsor throw a game for money, or somehow affecting the odds. The scenarios that play out are very unlikely, however.

College students should be able to profit off themselves, and the new laws put in place will not help that.