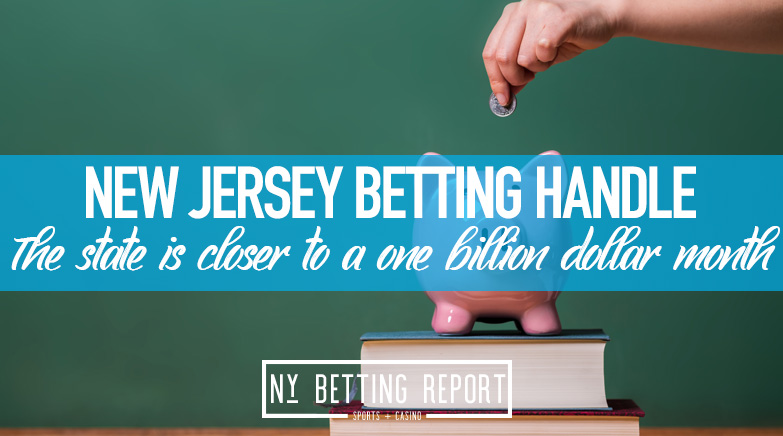 New Jersey continues its sports betting domination in 2020. The Garden State posted its state report on Monday, and it impressed for a third straight month.

New Jersey saw $931,620,415 in bets for November, breaking another single-month record for the fourth straight month. In August, New Jersey broke the Nevada record from November 2019 with a $668 million handle. The state benefitted from three major U.S. sports going on for a single month.

September felt like another record-breaking month with football coming back, and it did not disappoint with a $748.6 million betting handle. Certainly, there would be a bit of a dip with limited MLB playoffs, limited NBA finals action, and no NHL playoffs. Nope, October hit $803.1 million for the month, giving the state an 8.5% increase from September.

As the state continued to near a $1 billion betting handle for a single month, it would’ve had to wait until 2021 since November only saw football and some college hoops action.

New Jersey by the Numbers

Parlay betting and ‘other’ sports combined for $230.4 million of the betting handle, which was the biggest driver for November. Football brought in $35.7 million, and it allowed the state to see over $1 billion wagered on the sport in 2020.

Surprisingly, basketball had a higher betting handle in November than football did with $38 million in bets. This is surprising as football is king in the U.S., but the New Jersey numbers certainly say differently in November. The basketball handle could be a positive sign for a $1 billion handle in December, especially with a full month of college hoops and the NBA returning on December 22.

The Garden State will need to see at least a $64.5 million increase in the betting handle to be the first state to hit the $1 billion betting handle for a single month.

The increase seems like a lot, but it is possible the way New Jersey has been dominating the fall sports betting season. New Jersey has seen increases of $80.6 million, $54.5 million, and $128.5 million month to month in the previous four record-setting months, averaging an $87.9 million increase each month.

This certainly gives New Jersey a legitimate shot at $1 billion for December. The Garden State will also have another full month of professional and college football to take advantage of, along with a full month of college basketball. The NBA starts back up on December 22, which will bring in more bets in the final 10 days of 2020.

With only a third of the month having NBA action, it could be enough for the state to hit the historical mark before 2020 is over.

If New Jersey could see a $128.5 million increase from October to November with fewer sports going on, then adding the NBA and a full month of college hoops can definitely get it to a $1 billion betting handle.