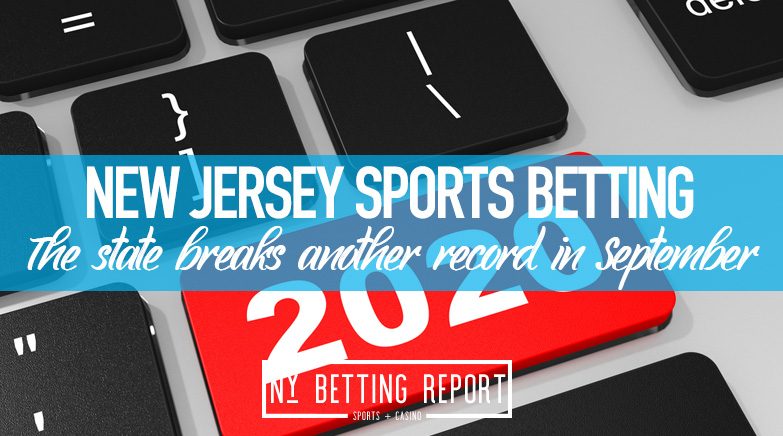 September was very kind to states and sportsbooks across the country, but New Jersey took the cake for the month. The Garden State hit an all-time U.S. record with a handle of $748 million for the month, breaking Nevada’s previous record in November 2019.

The state also saw a 12% increase from August when they hit $668 million for the month. This year alone New Jersey has taken in $3.3 billion in bets, which includes all-time lows from April and May when coronavirus shutdown the sports world.

August and September have been nice to New Jersey and other states are the U.S. as a loaded sports schedule has helped state hit record highs with betting. Now, the challenge becomes how to sustain these numbers.

New Jersey broke the U.S. record for largest handle in a month with $748 million. The Garden State was fortunate with how September went thanks to a fully loaded sports schedule.

New Jersey was able to capitalize with a full month of college football, MLB, NBA, NFL, and NHL. On top of a high demand for sports betting, it was a recipe for success to see what New Jersey did in the month. They even broke their August betting handle record the month after thanks to high demand in sports betting.

One of the biggest reasons why New Jersey saw the success they did was because of mobile betting. According to the New Jersey state report, mobile sports betting saw 90% of the handle at $678 million coming from online bets.

If the Garden State didn’t have mobile betting, then the numbers for September would look significantly different.

Almost all of New Jersey’s online gaming sectors were up for September as the coronavirus pandemic has driven people to staying at home. Atlantic City is also operating at 25% capacity, which makes it difficult to bring in a high volume of money in-person.

Fortunately, people are still looking for their gambling fix and online betting and gaming is making up for the in-person losses.

How Does New Jersey Hit Another Record in October?

Going for the record handle three peat Jordan-style is going to be tough to do. The state was fortunate to benefit from a full slate of sports in August and September. This was also the first time since mid-March that major U.S. sports were back in action.

A high demand on top of a loaded slate of sports was the perfect thing for New Jersey. They had two months to capitalize on MLB, NBA, and NHL action. Then, the NFL and college football got back into things with their seasons in September.

Now, they need to see a repeat of that in October, which will be tough to do just with football and playoff baseball. Yes, football is king, but they will need a lot from the sport. The NFL will have a full month of action in October and college football will have multiple Power 5 conferences playing, including the Big Ten, which will start up at the end of October.

There is a chance that New Jersey will have similar numbers they saw from August and September, but hitting another all-time high will be tougher this month.