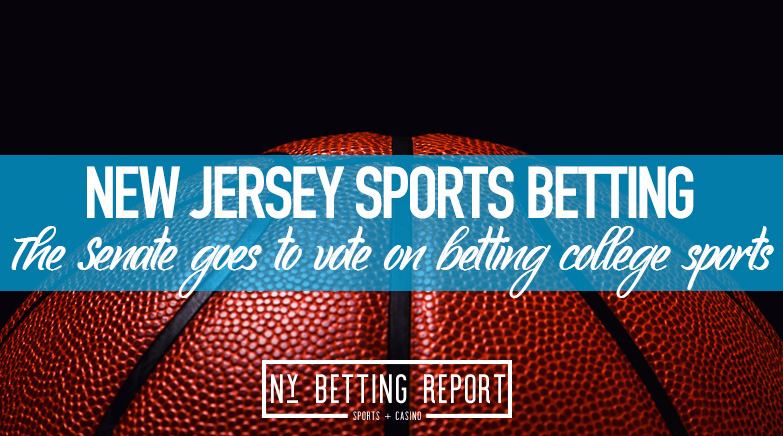 Monday is a big day for the sports betting industry and college sports bettors in New Jersey. The state Senate will be voting to put a question on the November 2021 ballot the people of New Jersey to vote if the state should allowing betting on college postseason games.

The question would read:

“Do you approve amending the Constitution to permit wagering through casinos and current or former racetracks on certain college sport or athletic events that are held in the state?”

New Jersey is one of the largest sports betting industries in the U.S. but does not allow for people to bet on college teams within the state. This would be the first step to help expand that.

Details of the Voting

The statement that will be on the November 2021 ballot goes as followed.

“This amendment would allow the Legislature to pass laws permitting wagering on a college sport or athletic event held in New Jersey as a tournament, playoff, championship, or other postseason competition. It would permit wagering even if a New Jersey college team participates in the competition. Such wagering would be permitted only through casinos and current or former horse racetracks.”

“A nonprofit collegiate athletic association led by its members would have to sanction such an event. The Legislature would identify such an association by law.”

Passing the bill on Monday would be huge. The state would just need a majority vote to have it go through in 2021. However, if it fails, then both chambers in the state would need to pass it by 3/5th’s vote for it to go on the ballot.

When you go to Atlantic City, you can bet on college sports – usually basketball and football. This weekend, you can find a line on the Clemson at Notre Dame game, no problem. However, you are not allowed to be on Rutgers at Ohio State this weekend if you wanted to.

Although not being able to bet on Rutgers could save you some money, bettors do not have the opportunity to bet on any New Jersey colleges. Looking for a future for Seton Hall to win the Big East? Nope, not out there. What about Princeton winning the Ivy League. Sorry, go offshore.

This could all change Monday, depending on the vote.

New Jersey did not allow for betting on New Jersey teams. Some believe it was because of potential point-shaving. Others think it was to pay respect to the universities and colleges.

Well, all of that might not matter as the bill could be passed next week, and New Jersey bettors will be able to start soon backing their favorite teams.