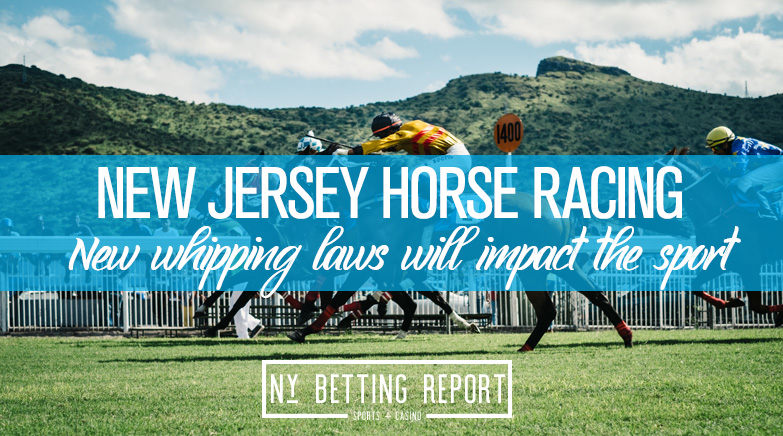 Last week, the New Jersey Racing Commission adopted new rules surrounding whipping a horse. Passing by a 4-0 vote, the NJRC passed new whipping rules at their September 16 meeting. The new rules can be read here. Whipping horses during a race will be greatly limited where the goal of the new laws was to attract animal rights activists and a younger, more casual audience.

A lot of back and forth went into the new horse racing rules. Initially, the goal was to eliminate whipping horses altogether, but that was pulled from the discussion. However, a reduction in whipping during a race will still have a positive impact on the animals.

California recently changed its whipping rules back in the summer. Now, New Jersey has joined the fight to help reduce horsewhipping.

Details of the New Rules

New Jersey is making a big impact on the horse racing rules for their state. The crop to whip the horse will now be viewed as a tool to help control the horse instead of whipping the horse in excess.

“The riding crop can be an important tool in controlling a horse’s focus and running direction. The Commission has the responsibility to ensure the safety, health, and welfare of all human and equine racing participants and, for that reason, the proposed repeal and new rules must allow the use of a riding crop when necessary to control the horse to avoid injury to the horse or rider,” according to the new proposal.

The new proposal also gets into how the jockey will be allowed to use the crop and when possible excessive use would be ok to do.

“Proposed new NJAC 13:70-11.12(a) states that no jockey or exercise rider may use a riding crop at any time and for any reason, except when necessary for safety. Jockeys and exercise riders will need to encourage horses by means that do not involve actual or perceived harm to the horse.”

Also in the proposal, they breakdown what will happen if a jockey is caught using excessive use whipping a horse. “The jockey or exercise rider may be suspended and/or fined by the stewards, and the jockey’s share of the purse shall be forfeited if, in the opinion of the stewards, the unauthorized use of the crop caused the horse to achieve a better placing.”

Overall, this is up to the discretion of the stewards who oversee the race. The NJRC is cracking down on the excessive use of horsewhipping. However, what is considered excessive comes down to how the racing officials feel about the whipping.

A constant back and forth continues to happen with horse racing experts and animal rights activists. Some industry titans believe that it is ok to whip a horse, as it helps with control in a race.

However, you have the other side that believes whipping a horse in excess is unnecessary, and a perfectly good horse race can go on without needing to whip the horse.

Overall, there probably will not be a big change in New Jersey horse racing. Although the rules have changed, they are still a bit vague about what excessive horsewhipping looks like. Horse racing might not change much moving forward, and eventually, a new norm of horse racing will be adopted.