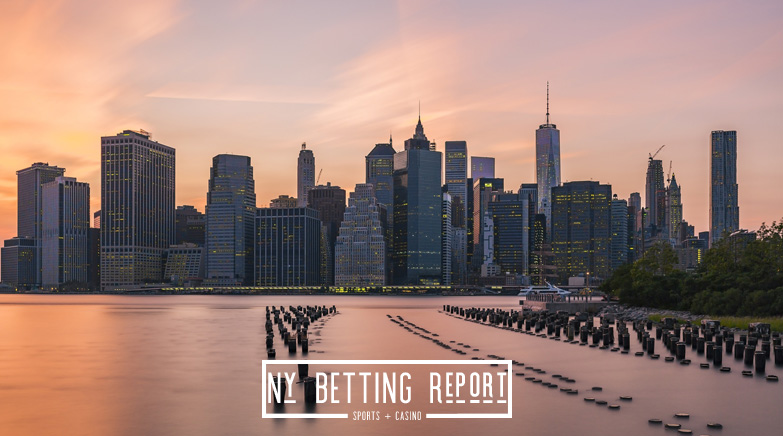 New York’s sports betting market has been on an absolute tear, becoming the sports betting capital of the world. The Empire State has given nine operators approved licenses with Bally Bet still on the sidelines. The question is will more sportsbooks enter the market.

More Sportsbooks to Enter New York for Years to Come

Assemblyman Gary Pretlow and Sen. Joe Addabbo Jr. are advocates for more sportsbook companies to operate in New York, but not at the cost of risking tax dollars. Mobile sportsbooks are subject to the highest tax rate in the industry as it is currently at 51 percent based on revenue.

Pretlow’s A 8658 and Addabbo’s S 8471 would allow more mobile sportsbooks to enter New York as both bills were introduced last week. The providers that want to conduct business in the future must pay the same $25 million as stated in the RFA which the nine other providers paid to get an approved license.

One difference is the licensing fee will be $50 million for companies that get approved licenses in the future. The fee may not make up for the difference as adding more sportsbooks will lower the tax rate for the sportsbooks which leads to fewer taxes the state can collect.

The bill breaks down the total number of sportsbooks that could operate in the state by January 31st of 2023 and 2024. The figure would be no more than 14 in 2023 and 16 in 2024. Adding seven more sportsbooks would mean that the 16 platforms would bring in $525 million licensing fees if the seven coming pay the maximum of $75 million.

Sportsbooks that didn’t show interest or failed to receive a license in the selective process can apply by Sept. 1, 2022. The bill also calls for at least two organizations with qualified minority investments.

Addabbo stated that adding more sportsbooks without a plan wouldn’t be the best course of action as it would lead to less funding for things like education and youth sports.

Adding more sportsbooks would give bettors the state more options on what platforms they can use but the tax rate would drop to 35 percent for 14 operators to enter the Empire State. On the other hand, 16 providers would cut the tax rate to more than half the original tax rate as it would be set at 25 percent.

DraftKings CEO Jason Robins heard of chatter that New York could lower the tax rate. He stated with or without the tax rate dropping, the company is set to be profitable in the next few years. Addabbo stated that the tax rate will not drop unless more sportsbooks are added to the market.

As of right now, Addabbo stated a few weeks ago that sportsbook operators that currently are or want to conduct already knew what the tax rate would be before the sports betting launched in New York. He went on to say, “With sports wagering off to a good start in New York, any discussion about lowering the tax rate on the industry is premature.”

Already On a Historic Pace

New York has already become far and away the largest U.S. Betting Market. Since launching on January 8, the state has already brought in billions in sports wagers, resulting in more than $70 million in tax revenue for New York in the first 30 days.

“Over the past month, we’ve seen how mobile sports wagering can be an economic engine for New York, driving significant funding to our schools, youth sports, and so much more,” Governor Kathy Hochul said. “As this new industry continues to grow, New York will make sure we have the resources and guidelines in place to make it a success for all.”