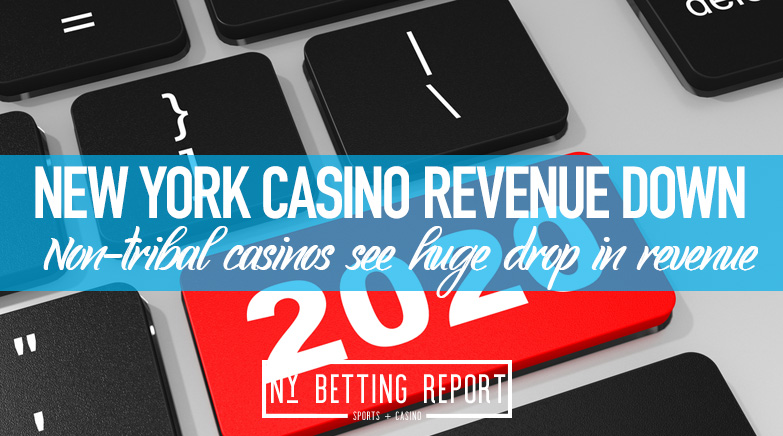 There is no doubt 2020 was one of the toughest years in recent memory, and New York casinos are feeling it heading into the new year. Casino revenue from New York’s commercial casinos dropped 60% from 2019 to 2020. Casinos can thank coronavirus for the drop-off, especially with Gov. Andrew Cuomo shutting casinos down for six months out of the year.

There was also an additional three months when casinos were reduced to limited capacity. Overall, New York saw roughly three normal months of casino gaming in 2020. The news comes just in time for Cuomo to address the upcoming fiscal budget for the Empire State.

New York is facing an estimated $50 billion budget deficit is looking for all the revenue streams they can find to patch the hole. Cuomo is hoping to see more revenue out of the casinos in 2021 and potentially expand sports betting to an online platform this year as well.

New York Casinos by the Numbers

The numbers across the board are not great, but some had better years or less damaging years than others. Schenectady’s Rivers Casino & Resort has a great beginning of the year, seeing a 28% gross gaming revenue increase in January and February.

There were drops off 55% or more from the other commercial casinos and racinos in the Empire State across the board.

Any way you look at the numbers, they were disappointing for New York. The Empire State’s racetrack casinos saw a drop of $500 million in 2020. In-person gaming has set the state back in collecting taxes, making it much more needed for New York to move forward with online gaming.

The state brought in $0 of revenue for nearly nine months, while tribal casinos were no issues of outbreaks happening at their facilities. New York then suffered, even more when New Jersey began to reopen Atlantic City and other casinos in its state, allowing New Yorkers to gamble in its neighboring state instead of New York.

When you add this domino effect along with New Jersey having mobile sports betting, it is easy for New Yorkers to leave the state and go elsewhere to place bets.

2020 should have been a big learning experience for Gov. Cuomo and New York lawmakers. The time for online sports betting and casino gaming is now. The state suffered from its decisions of keeping casinos closed for as long as they did, and now a multi-billion dollar budget needs to be addressed by April.

A 60% drop in revenue should have some rebound if commercial casinos can remain open all year and expand to full capacity at some point in 2021. However, New York can’t make up for the lost revenue quickly enough, especially if they want to make things difficult with online gaming.