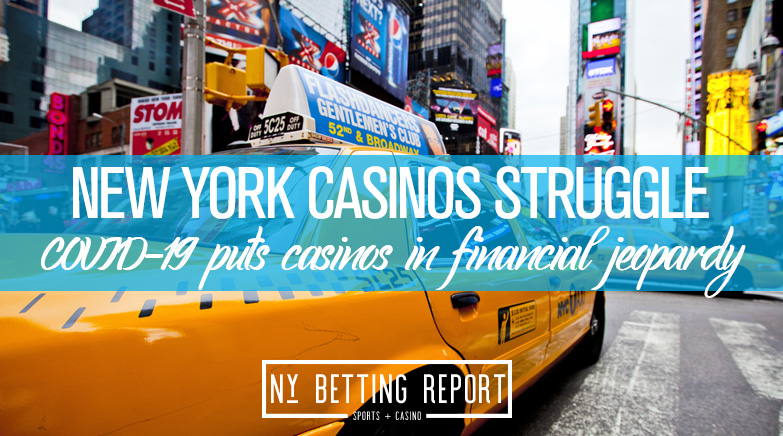 The Hambletonian at the Meadowlands Racetrack is having a solid running as of last week even as there were a limited number of spectators. New York state racetracks are struggling really bad financially.

Similar to Pennsylvania, but opposite of New Jersey, a majority of the purse money in New York comes from slot machine revenue at the tracks. Well, when the purse comes from people and people are not attending, then there are going to be issues.

New York Governor is refusing to open up racetracks and casinos as it is the opposite of what multiple states are doing. Commercial casinos also remained closed.

New York real estate developer Jeff Gural has some thoughts on the issue. He is an owner and operator of the Meadowlands track as well as one casino and one racino in upstate New York.

The Hambletonian races at the Meadowlands on August 8 had a limited capacity to just a few thousand spectators. Normally the crowd is 10 times larger in normal years.

“Some of my biggest concerns were that we followed all the rules, and pretty much we did. Luckily, we can offer [outdoor] dining as people are watching the races because we have a couple of decks available to run a restaurant with the tables spaced out essentially,” Gural said.

The winner at the Hambletonian was filly Romona Hill, and they tied the event’s record time as the favorite to bet on. $5.7 million was wagered that afternoon on a North American hardness racing industry event.

There has been a huge horse racing scandal this is not helping things out. Over two dozen trainers and horse racing insiders indicated in early March. Some of them were working at Monmouth Park as well. However, the story did not gain traction due to coronavirus.

A few days after, the NBA canceled the season along with other sports leagues. This helped silence the horse racing world. Gural, the most outspoken critic of “cheaters” in the harness racing industry, said he has mixed feelings about the scandal being shoved aside so quickly.

“I spent a half-million dollars of my own money to hire these investigators, who were able to get the FBI interested and the U.S. Attorney,” Gural said. “Had it not been for COVID, it would have been a blockbuster story.”

Gural went on to explain how he was not surprised by the names that were being mentioned in the scandal. Some of the jockeys and owners would call Gural to try and convince him that they were clean and ready to race. However, the names the FBI released proved differently.

Gural believes the scandal goes even more profound than what it is now. He hopes that the people involved are arrested and thrown in jail for it. The odds are in favor of that happening. The FBI also went on to seize to hard drives of everyone involved, which will prove how significant the scandal is.

Despite not getting national coverage in March for other reasons, this story will continue to grow and help horse racing in the longterm.