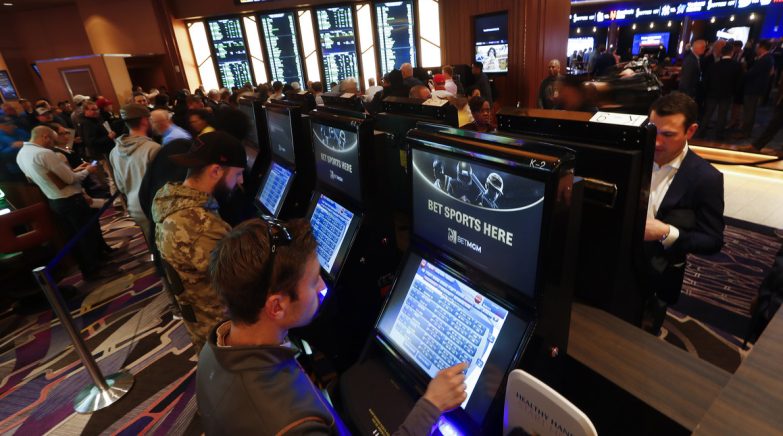 Despite numerous sportsbooks expressing their concerns with the 51 percent tax rate, the Empire State’s sports betting market has exceeded the major projections set in 2022. The nine bookmakers combined to bring in $16.2 billion in wagers for the year.

Sports betting has become a part of the state’s economy as the sportsbook operators registered nearly $1.63 billion in bets in December to close out the year on the zenith of the industry. December was third behind January’s total of $1.67 billion and March’s total of $1.64 billion.

There may be a few changes that are implemented during and after the legislative session. The one constant will most likely be the tax rate, as any immediate changes will affect the funding that is geared towards aiding education, youth sports programs, and other programs of need.

In the full calendar year, New York’s total amount wagered ranks fifth highest in the post-PASPA era, trailing slightly behind Illinois by a small margin of less than half a billion dollars. Furthermore, the state’s revenue figures continue to make history as it has surpassed $140 million in revenue for four consecutive months.

New York may follow New Jersey’s game plan as iGaming and other types of casino gaming have helped the state maintain solid revenue numbers because New Yorkers no longer need to cross state lines to place wagers throughout the year. Indiana could be the catalyst, as only six states offer iGaming to consumers, and seven offer online poker.

FanDuel Takes the Title of Most Popular Sportsbook

For the year, FanDuel registered a total handle of $6.5 billion, which allowed the sportsbook to hold over 40 percent of the market share. As the platform continues to maintain a hold rate of over 10 percent, the bookmaker has brought in $650.6 million in revenue.

DraftKings was a distant second with $4.5 billion in bets and $354.6 million in revenue. In addition, the bookmaker secured about 30 percent of the market share in the state.

Caesars was the only other operator to accumulate $600 million in wagers as it achieved its best month during the launch month because the platform released the biggest promotion in the industry’s history during that period.

BetMGM rounded out the “Big 4” by accepting over $100 million in bets during the last three months of the year. BetRivers continue to battle to stay in the top five as the five remaining sportsbooks have been fighting for market share in the competitive market.

Senators Luis Sepúlveda and Leroy Comrie introduced Senate Bill S1550 on Thursday, which would also require the state gaming commission to include New York’s problem gambling hotline number (1-877-8-HOPENY). This bill targets to combat problem gambling, as operations like this could lead to more compulsive gamblers.