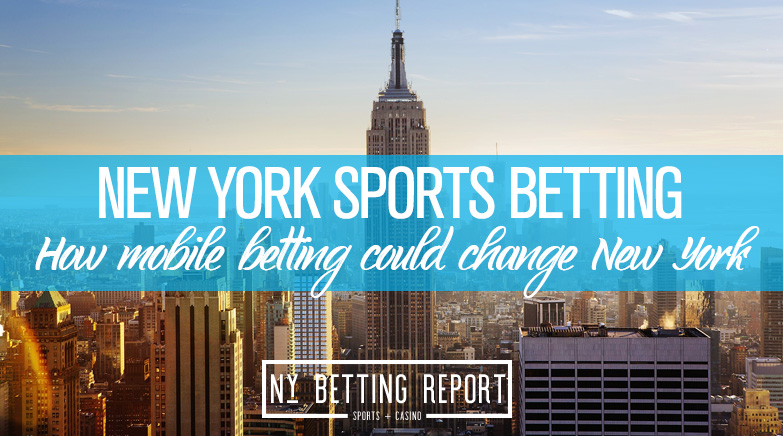 In 2018, after the U.S. Supreme Court struck down PASPA, allowing states to start legalizing sports betting, New York decided it was time to legalize it in 2019. They launched sportsbooks at the four commercial casinos in Upstate New York that summer.

With a state with the fourth highest population in the U.S., it seems like sports betting will bring in millions in revenue every year, right? Well, it has not been the case thus far.

Mobile betting is the biggest issue for New York’s sports betting problems, and they do not look to be getting solved soon. Gov. Andrew Cuomo has dismissed online sports betting and is in no rush to legalize it, even as the Empire State faces a multi-billion dollar budget deficit thanks to COVID-19.

In a state that could become of on the nation’s leaders in sports betting, New York continues to spin the wheels.

The idea is all fine and dandy, except that the closest sportsbook to New York City is in New Jersey. Yes, New Yorkers are more prone to cross the Hudson River into New Jersey to place bets than head 90 minutes into New York to do the same thing.

The Empire State is missing out on millions with this issue despite having good intentions in the first place. On top of that, Gov. Cuomo closed casinos for six months due to the coronavirus outbreak. With no mobile betting and no retail sportsbooks to go, New York was collecting $0 in revenue from sports betting.

New York legalizing sports betting in 2019 was good, but with no mobile betting, the state is missing out on so much money that it does not make sense at this point. So, what could mobile betting do for New York?

Sen. Joseph Addabbo has been working on legalizing sports betting for the past year. Addabbo estimates that the state could see $200 million in revenue from mobile betting alone, thanks to the number of people in New York City that would benefit from betting at home, instead of going to New Jersey.

Studies have estimated that New Yorkers wagered about $800 million in New Jersey in 2019. Imagine if that money stayed in New York?

As of writing this, New York is looking at a 12% state tax on mobile sports betting revenue and also a $12m licensing fee paid by each operator, which could earn as much as $900m in annual revenue. Doing the numbers on that alone would bring in $108 million in revenue to the state.

Atlantic City is turning into Las Vegas East, thanks to New Yorkers crossing the river to place bets. Mobile betting has also kept the state afloat during the coronavirus outbreak, as almost 91% of the bets were coming in online.

New York could see similar numbers if they do the same thing, and there is no telling why Gov. Cuomo is gunshy about legalizing mobile betting. However, it costs the state millions in a time when they desperately need it.