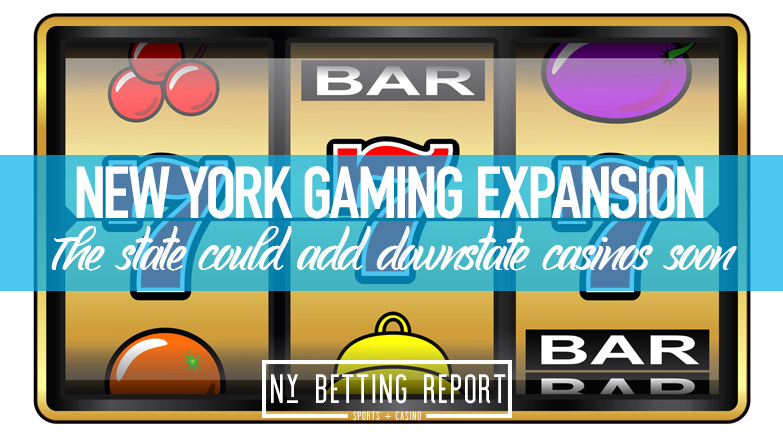 The closest New York casino to New York City is in Montecillo, 95 miles from the city. It is easier for a resident of the largest U.S. city to go into New Jersey to gamble instead of heading to upstate New York unless it is for a weekend getaway.

With three years left to get four more commercial casinos in downstate New York, there was not much discussion of this happening shortly. However, due to the coronavirus pandemic, and New York facing a multi-billion dollar budget deficit, the Empire State is scrambling to patch the holes the budget faces.

One boost would be to legalize mobile sports betting in the state. New York already has in-person betting available but has yet to at on mobile betting. New Jersey has been able to take advantage of as New Yorkers head into New Jersey to place bets instead of traveling to upstate New York.

Another option is fast-tracking the process to get downstate casinos operating sooner than expected. New York could expand on two racinos in the city like MGM Empire City in Yonkers and Resorts World in Queens. Both currently offer video lottery terminals and electronic table games.

However, both locations could add slot machines, live dealer games, and sports betting. Some experts believe the licenses at these locations would be upwards of $500 million per location. Assemblyman Gary Pretlow has them priced at $700 million.

Gov. Andrew Cuomo would figure out a price, but expanding on the New York City racinos and turning them into full casinos could bring an additional 3,000 jobs to the locations.

How Could the Casinos Get Fast-Tracked?

For starters, the pandemic is certainly helping the potential for gaming expansion in the Empire State. Gov. Cuomo has dismissed mobile betting and downstate casino expansion in recent months, but this could begin to change as the state needs to figure out revenue streams for the budget due in April 2021.

This could allow casinos in downstate New York to appear before 2023 if Cuomo is willing to move forward with everything. If the state decides to move away from mobile sports betting, expanding casinos to allow for sportsbooks would be huge, especially in New York.

The licenses would be worth millions, and it could keep more people in New York to place bets instead of going to New Jersey to do it. One of the biggest issues with New York gaming is that New York City residents are leaving to do it in New Jersey since the expansion on gaming rules is more vast than New York.

Right now, New York is facing a crisis that needs to be addressed with the budget. The possibility of a $50 billion budget deficit is daunting, especially with no idea on how the state can patch it. However, mobile betting and downstate casino expansion could be a start.