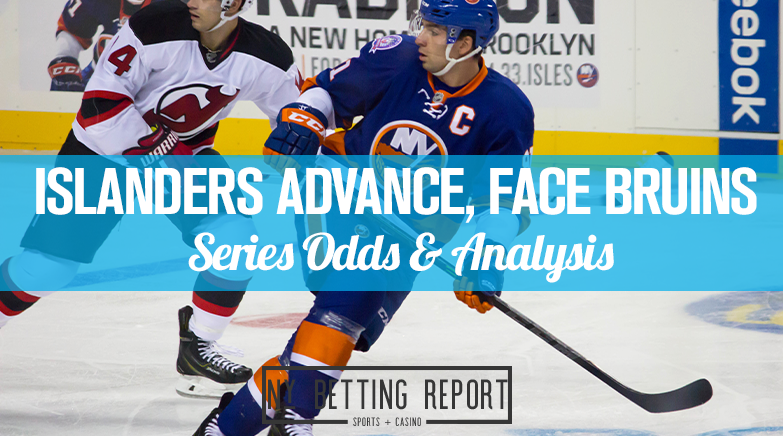 The Islanders wrapped up their series against the Pittsburgh Penguins in six games. Boston ended their series against the Capitals in five, meaning the Bruins and Islanders will start a best of seven series to advance to the Eastern Conference Finals. Boston comes in as big favorites to advance, but the Islanders ended the season needing the flip the switch and might have in round one with a hot rookie goaltender.

Both of these teams were not too far off in the regular season standings. Both finished a shade over 70 points and were 3rd and 4th in the Eastern division. Both teams excelled at home and showed their weaknesses on the road a bit more. Boston finished the year winning six of their last ten games and then dominated Washington in Round 1. Both teams come in hot, as the Islanders didn’t finish the season strong, winning just three of the last ten, but then beat Pittsburgh in six. Boston struggled against the Islanders earlier in the season, losing the first five meetings but then they won the last three. However, all of these eight games were relatively close. This should be an enticing series.

How They Stack Up

The Islanders and Bruins are both deep teams, and the Bruins will have home iced advantage being the higher seed. In the second half of the season, Boston turned their luck around against the Islanders. The top line matchups are very intriguing here and but only one was effective so far in the playoffs. Brad Marchand, Patrice Bergeron, and Davis Pastrnak come in as one of the best lines in hockey. Adding Taylor Hall to David Krejci and Craig Smith has been a major hit. The line had three goals in Round 1. Ryan Pulock and Adam Pelech will have their hands full and had a very inconsistent season. The second line for the Islanders can cause some trouble and matchups will be key, especially for the team with the last change. Anthony Beauvillier, Brock Nelson, and Josh Bailey had eight goals combined in Round 1.

There might not be a question as to who starts in net for the Islanders, but Semyon Varlamov was one of the top goalies in hockey this year when healthy. However, he struggled in the playoffs and Ilya Sorokin had a 1.95 GAA in four games against Pittsburgh and saw a ton of shots. This was his first playoff series. Tuukka Rask has been one of the top goalies over the last five-six years, he had a 1.81 GAA in the first round.