New York Jets @ Los Angeles Chargers: Can the Jets Pull Off the Upset 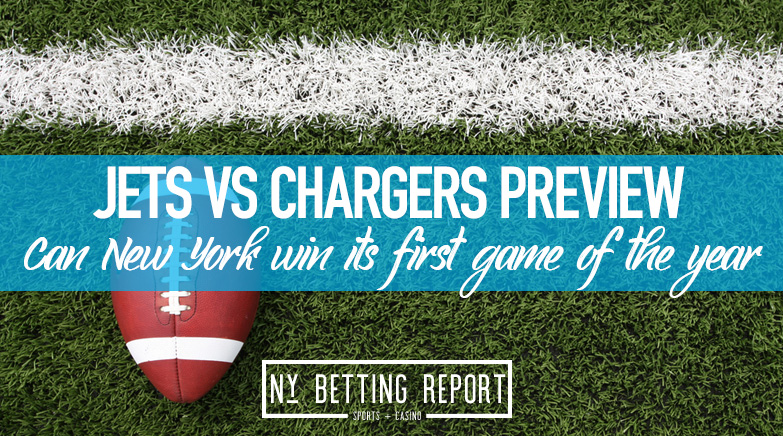 The New York Jets head out west this weekend to take on the Los Angeles Chargers. Both teams have struggled this year, with the Chargers sitting at 2-7 and the Jets 0-9. Although the season is basically over for both teams, this is a good time of the year to get as many players playing time as possible to see what kind of team they have for the future.

The Jets have obviously been tanking for the number one draft pick in hopes of selecting Trevor Lawrence number one overall. There is still a chance the Jets g0 0-16 this season, but with how Los Angeles calls plays at the end of a game, they could find themselves in this matchup to secure its first win of the season.

The Chargers found their future quarterback with Justin Herbert, and he has impressed in his rookie season. The Chargers will need to improve other parts of the roster, most likely securing a top-10 pick.

The Chargers have underachieved in 2020, thanks to conservative play-calling by Anthony Lynn. There have been multiple instances this season where Los Angeles could have secured more wins if Lynn did not turtle at the end of games. The Chargers are becoming the Falcons of the AFC.

Los Angeles ranks 23rd in DVOA (11th offense & 19th defense) than the Jets, who are 32nd in DVOA (31st offense & 29th defense). The numbers show that Los Angeles is a much better football team except for one category, special teams.

The Chargers have been horrible on special teams all season, ranking dead last in the league. The team also has a decent margin from the 31st ranked Titans, which significantly differs in these matchups. The Jets currently rank 27th, and a little bit better than L.A.

Special teams could make the difference as it has in other Chargers games this season. Although it is not a huge portion of a football game, it is still important to have a solid special teams unit. The Jets could find themselves taking advantage in the third area of a game and keep it close on Sunday.

The Jets have been horrible this season, however, and head coach Adam Gase might not take advantage of this situation. Los Angeles should handle the Jets on both sides of the ball but will need to watch out on special teams.

This is a very public bet, but it is the one to go with, and that is betting the Chargers will win by over 10 points this Sunday. My model has the Chargers as a 12-point favorite on Sunday, giving enough value to be confident in the pick. As of writing, the Chargers are a 9.5-point favorite, and the number is currently on the right side of the key number of 10. This also helps in case the number does land right on a 10-point Chargers victory. Back the Bolts this Sunday when everyone thinks the Jets can keep this game close.