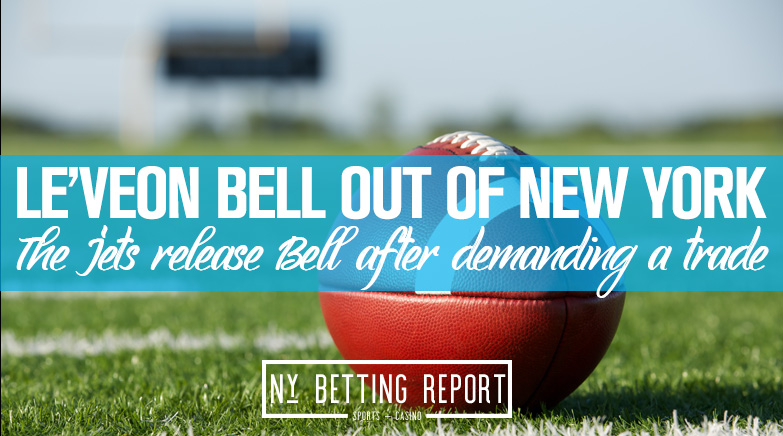 On Tuesday night, the New York Jets released running back Le’Veon Bell after Bell was reported requesting for a trade. The Jets will take the largest cap hit from releasing running back at $6 million.

Bell’s career in New York was lackluster, to say the least. The two-time All-Pro running back had 863 yards and three touchdowns in 17 games with the Jets and averaged 3.3 yards per carry, a whole yard less than his time with Pittsburgh.

2017 was the last year Bell saw any production when he was with the Steelers and was a Pro Bowler and All-Pro that season. In 2018, he sat out due to a contract dispute and ultimately became a free agent after that season, where he signed a four-year $52 million contract with the Jets.

Now, he will look for another team to pick up the 28-year-old running back, as he could still be a productive player out of the backfield.

What Does this Mean for the Jets

Outside of taking a $6 million cap hit, it doesn’t mean much for the Jets. Bell was pretty unproductive with New York in the 17 games he played. He was also hurt for three games this season and finally returned to the backfield on Sunday for their game against the Arizona Cardinals.

In that game, Bell had 13 carries for 60 yards and caught one pass out of the backfield for seven yards. After Sunday, Bell was looking for a trade when the Jets decided it was better off cutting Bell.

Despite Bell’s struggles in New York, it doesn’t help when head coach Adam Gase puts zero playmakers around a former All-Pro. One play cannot make an offense, and Gase certainly has done everything possible to make the Jets struggles more amplified.

Where Could Bell Land?

After the Bears lost Tarik Cohen for the season, Chicago has been looking for an explosive back to combine with David Montgomery. Cordarelle Patterson has been the number two running back in the system, but someone more proven would be more viable for the Bears. Le’Veon Bell could be that second back and could also be used out of the backfield in the passing game as that is what he cited as the reason he was frustrated in New York.

No Nick Chubb means Kareem Hunt is now the workhorse out of the Cleveland backfield. The Browns have one of the best run-blocking offensive lines in the NFL, and they could use a second running back while Chubb is out indefinitely. Bell could be a solid complementary back with Hunt in the Browns backfield as they are off to one of the best starts in the last decade.

Tampa Bay’s backfield was scary coming into the season. Leonard Fournette is hurt, LeSean McCoy has been irrelevant, and Ronald Jones has become the featured running back. Bell could become the Buccaneers go-to running back if they were to sign him. Tampa Bay needs help due to injuries, and with Bell still being on the right side of 30, this could help Brady and the offense moving forward.