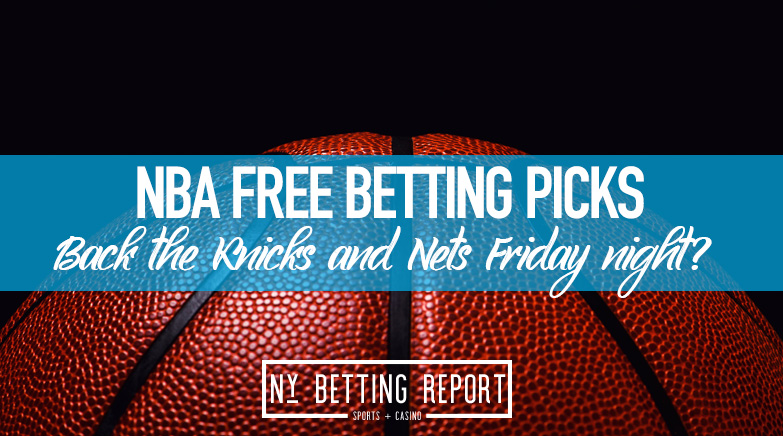 The New York Knicks and Brooklyn Nets are both in action on Friday. The Knicks are at home facing the Cleveland Cavilers, and the Nets are in Oklahoma City taking on the Thunder. The Knicks have surprised the NBA this season with how hard they have been playing under Tom Thibedeau. However, New York has dropped three in a row and hold the eighth seed in the East at 8-11.

The Nets have won five of their last seven games since picking up James Harden earlier this month. Brooklyn sits at 12-8 in the East but should continue its trend towards the conference’s top. Here are tonight’s best bets for the Knicks and Nets.

With how poorly the Knicks have been playing in recent games, it could be time to back them. They take on a Cavilers team that is 9-9 and overperforming expectations in the early part of the year.

Both teams have been winning by the defense. The Knicks and Cavs both rank in the top-10 in defensive efficiency, according to NBA.com. Tonight, one of the offenses will need to step up to secure a win. The Cavilers have won three of their last five games and will be playing their fourth game this week.

The Knicks are on the opposite end, losing three of their last, but have only played twice in the last week. Fresh legs for New York should help this team more going up against Cleveland at home, especially with a small spread like there is. Although there is no strong edge for New York, I expect its offense to perform better than Cleveland’s. The Knicks have been held to under 100 points in two of their last three games, so tonight feels like a breakout performance.

The Nets are in Oklahoma City tonight, taking on a Thunder team trying desperately to tank in 2021. OKC has been a competitive 8-9 on the season, and catching seven points might be enough to back them on Friday. Brooklyn will be without Kevin Durant has the night as part of his Achilles injury recovery. That leaves James Harden and Kyrie Irving to run the offense.

Oklahoma City has a 21st ranked defense and 29th ranked offense in the league this year. However, they did beat the Nets earlier this year before the Harden trade and when Irving was sitting out for personal reasons. Now, tonight will be different and not as enjoyable for Oklahoma City.

The Nets offense ranks top five in the league, but with no Durant, that might take a hit on Friday. Brooklyn has also struggled to defend teams this year as its defensive efficiency ranks outside the top-20.

The total sits at 230 tonight, but a shot at the under is worth taking. It stinks when taking an under with an offense like the Nets, but Durant not in the lineup changes things. The Nets’ offense could struggle against a surprisingly good Thunder defense, and it will come down to whether or not Brooklyn will be able to get stops on defense. I think they do.