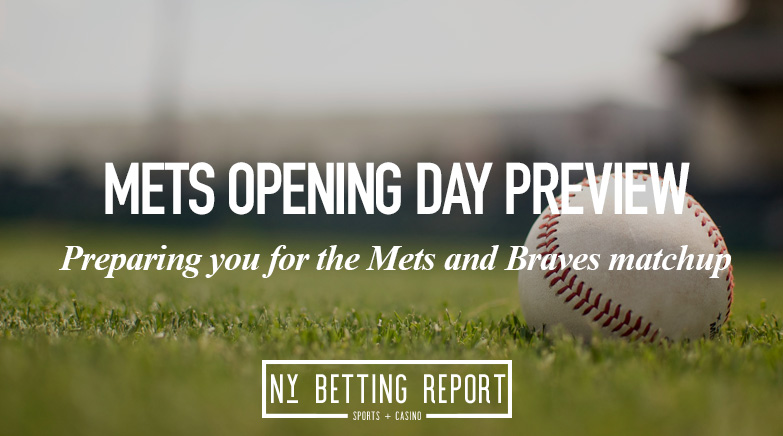 Baseball is finally back, and the New York Mets and Atlanta Braves kick off the Friday slate of MLB games. Both teams have high expectations, and after the MLB announced an expanded playoff, they have a great chance to see October.

Atlanta is coming off an N.L. East title while the Mets missed the playoffs for the third straight season. Now, both teams retooled for a 60-game sprint to win the division. The Braves will look to defend their division title, while the Mets make a push to win their first one since 2015.

The Mets will start two-time Cy Young winner Jacob deGrom on opening day. DeGrom has been lights out with a 2.85 xFIP with an 11.2 K/9 ratio. He is a tough matchup for any hitter and will give the Mets a great chance to win anytime he is on the mound. However, his offense does not always support him. DeGrom has posted a 21-17 record in 64 during his Cy Young reign. New York has a better lineup this season but still needs to prove that the offense can help out deGrom.

The Mets offense was surprisingly much better in 2019. A lot of this was thanks to rookie Pete Alonso dominating the season. They also have guys like Jeff McNeil and Michael Conforto to solidify the middle of the lineup. The biggest question mark will be how Alonso adds to his 2019 rookie campaign. He hit 53 home runs last season and will need to post similar production equivalent to the 60-game sprint. They also bring back 34-year-old Yoenis Cespedes to the roster after missing all of 2019. Cespedes’ production has fallen off but finds rejuvenation in 2020.

The Braves start their 2020 campaign looking to defend the N.L. East title they won last season. Mike Soroka will be the Braves opening day starter as he is on the verge of becoming one of the leagues’ top pitchers. Soroka went 13-4 last season with a 3.85 xFIP and a 7.32 K/9. The K/9 is low, but it should increase as he grows into his career. The Braves bullpen struggled in 2019, ranking 22nd in the league. This could be the deciding factor in their opening day matchup with the Mets.

The Braves have their three-headed monster in Ronald Acuna, Ozzie Ablies, and Freddie Freeman. Atlanta had the seventh-best offense in baseball last season thanks to their big three. However, they lost Josh Donaldson in the offseason but should be able to find support to make up for the loss. The Braves do have a tough task going up against Jacob deGrom on Opening Day. The best way to get past him is to get his pitch count up, so the Mets have to go to the bullpen. If they can keep the game within a run, so they can capitalize on a shaky New York bullpen.

The Braves are the reigning N.L. East champions and comes into this game as underdogs. Yes, they go up against Jacob deGrom, who is the reigning two-time N.L. Cy Young award winner, but I like the value with Atlanta. McNeil, Alonso, and Conforot are a great two, three, four in the lineup. However, I do not know if that will be enough to get past Atlanta today.

The Braves have a more talented team despite the difficult matchup with Atlanta. Give me the Braves at plus money.