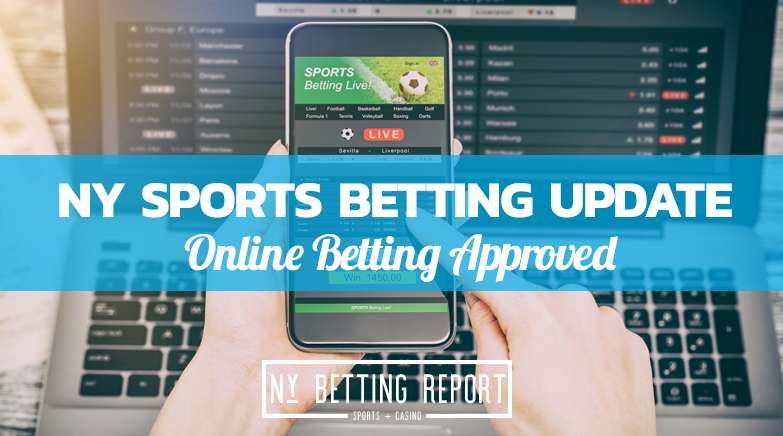 Online sports betting has been a major topic in New York over the last few months. After a few dull months of no movement, online sports betting has finally been approved. There was a battle between a limited-model system and more of a free market. The limited model system won for now, which means a limited amount of licenses will be up for grabs. New Jersey has been benefitting from New York’s inability to approve online sports betting over the last year. Many of the casinos are upstate, which is the only eligible place you can wager on sports at. A drive to New Jersey or any other neighboring legal state was an easier option for most.

When Can I Bet Online?

The timetable most states try to shoot for is the beginning of football season. Given legislation ends in April, we generally see states approve sports betting around this time and shoot for the fall to get things up and running. A lot of it depends on the framework of the bill, which in this case was a bit all over the place. What will really determine the timetable is approving the bids for the licensing. Because there are limited licenses through the lottery system, this could be a long process. However, operators will want the goal to be by the NFL season to capture the largest betting season of the year. Based on other states, this should be the ideal timetable.

The major players will certainly be trying to exert themselves in the New York market. It is a massive chance to grab a stronghold in the area, but the bidding process will narrow out quite a few names. FanDuel and DraftKings are going to be in the running, but after that things get interesting. Barstool, which is partnered with PENN made a push to jump in a few weeks ago. BetMGM will also be looking to move into NY. PointsBet, WynnBet, and FoxBet will have a steep hill to climb.

The model is going to allow limited operators in the state and there are still a lot of details that need figuring out. One of the major questions is if you need to be already connected to a casino to bid. That would narrow down the list greatly. There are chances for additional skins but more details need to come out on that actually happening.