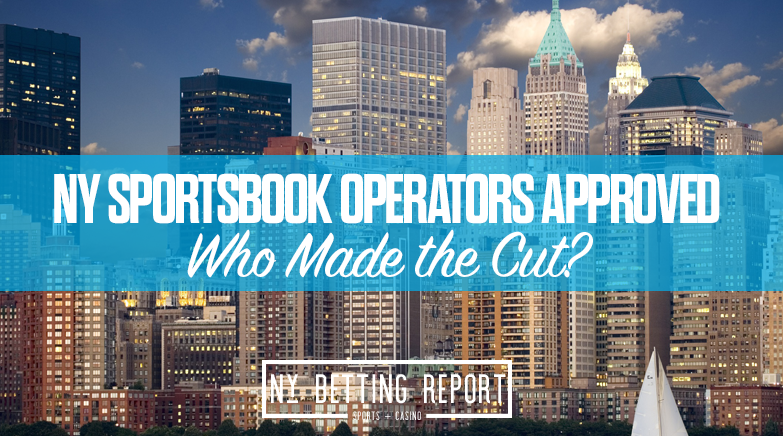 Another step has been cleared in the process of allowing mobile sports betting in New York. There were two applicant groups that proceeded to enter the New York sports betting market, which contained multiple sportsbooks. At the moment, there are nine sportsbooks that have obtained licenses. While mobile sports betting is still projected for February of 2022, this is a major step for beginning to hammer out the final details. The projected date of launch is expected to be before the Super Bowl.

There were two groups that were formed under FanDuel and Kambi, who are considered the primary applicants. Bally Bet, DraftKings, and BetMGM filed with FanDuel and were approved. Caesars Sportsbook, Resorts World, PointsBet, Rush Street Interactive, and WynnBet were approved under Kambi.

Barstool, Fanatics, bet365, theScore bet, and FOX Bet are the sportsbooks left out of the approval as each one, expect bet365 failed to have a high enough qualifying score to be approved. The reason for bet365’s denial simply came down to less money for the state, as the tax rate would have dropped from 51% to 50%

Now that these sportsbooks have been approved, New York will have a more customer-friendly market, with nine different options for those to choose from. However, New York’s tax rate is not as friendly for the sportsbooks.

Now that applicants have been approved, the regulations are expected to be approved by the end of November. This has been a long time coming and there are no issues that should arise to push back launch.

Next, New York will need to hammer out a few details, but the big one is servers. They are going to go into four commercial casinos in New York, where the bets are routed through. No sportsbook can launch until servers have been finalized and put in place.

Any chance of a 2021 launch was already derailed over the summer but there is now a more clear path to early 2022. Sportsbooks can launch on their own time as long as they complete the process. Some could begin in January, but it seems most will be around the NFL playoff time and Super Bowl.

New York plans on finalizing regulations by the end of November and servers will start to be finalized by the end of the year. This greenlights the sportsbooks to get moving and they certainly will be given they will want to capture what is left of the NFL season.