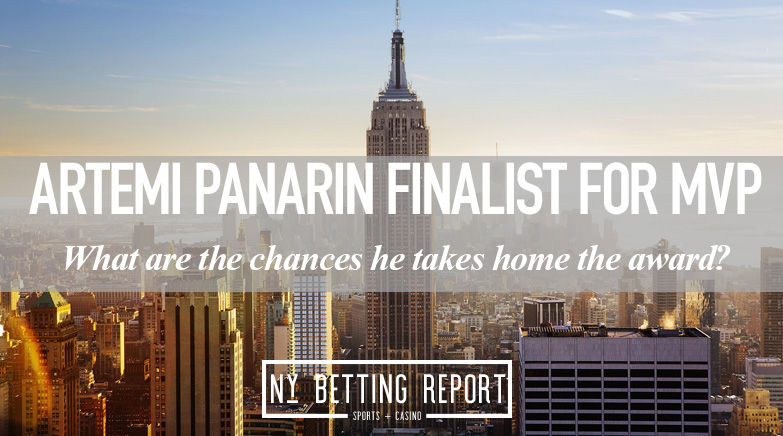 New York Rangers winger Artemi Panarin is a finalist for the Hart Trophy, awarded annually to the NHL player “judged most valuable to his team.” He, along with Edmonton Oilers center Leon Draisaitl and Colorado Avalanche center Nathan MacKinnon was named on Tuesday.

The winner, who will be revealed during the final conference round set to begin on August 1, is determined through voting by the Professional Hockey Writers Association.

As of writing this, the latest odds on Panerin to win the Hart Trophy sat at +800. This was before the coronavirus shutdown the NHL and before the finalists were named. Updated odds will be coming soon for the three finalists.

The Rangers are currently the eleven seed in the Eastern Conference and will play the Carolina Hurricanes in the opening round of the playoffs. New York is +4000 to win the Stanley Cup, according to FanDuel.

Through 69 games, Artemi Panarin had 95 points on 32 goals and 69 assists. He ranks second in points among the finalists. Panarin also was a force on the power play with seven goals and 17 assists this season.

Panarin was 8/1 heading into the NHL restart, but sportsbooks will update their odds to get a better picture of what the chances are for him to win the Hart Trophy. However, it will not be an easy task.

Oilers center Leon Draisaitl leads the NHL with 110 points through 71 games. He also leads the NHL with 67 assists and scored 43 goals this season. Draisaitl was also much better than Panarin on the power play this year with 16 goals and 28 assists. His 19.7 shots on goal percent were the third-highest among NHL players with over 100 shots on goal.

Right now, Panarin looks like a slight longshot to win the Hart Trophy and should have the second-best odds on the board behind Draisaitl. If Panarin does win the Hart, his season should not go unrecognized either. He helped the Rangers make it into the play-in round of the NHL restart.

Panarin will do everything he can for the Rangers to make a run at Lords Stanley Cup.

Panarins Impact on the Rangers

Panarin has been by far the Rangers best player this season, scoring 20 more points than the next closest player. He is going to carry this team as best as possible in the playoffs this season. Right now, the Rangers are +4000 the win the Stanley Cup, as they are the 11 seed heading into the NHL restart.

The Rangers are also +112 to win the opening-round series against the Hurricanes. New York’s odds of winning the series might give them some value. Only two points separate the Rangers and Hurricanes in the standings.

Against the Hurricanes, Panarin will, by far, be the best player on the ice. No player for Carolina is withing 25 points of Panarin this season. However, the Hurricanes defense and goaltending has been solid so far.