New York Yankees Playoff Odds; How do the Bronx Bombers Perform in October? 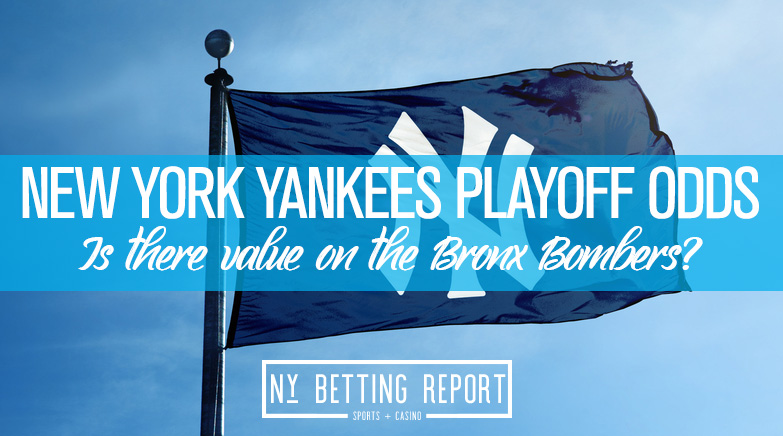 For the fourth straight season, the New York Yankees are in the postseason. They earned the fifth seed in an expanded playoff bracket and will take on the Indians in Cleveland this week. New York was a favorite to win the World Series before the season began but underperformed in the 60-game sprint.

Now, they have to go through Cleveland and Tampa Bay if they want to even make it to the ALCS in 2020. This roster is still talented, but injuries have their performance as the season went along.

Regardless they are in the dance this year but are paired up with a tough 4/5 matchup against the Cleveland Indians. Cleveland has a very good starting pitching staff that should be able to limit the Yankees bats to a point. New York will most likely see Shane Bieber Game 1, which should give a good indication of if they will be able to hit Cleveland.

The Yankees offense still finished top five in wOBA and wRC+ in 2020, even with Giancarlo Stanton and Aaron Judge missing time. Fortunately, for New York, both are back and are ready to do some damage this postseason.

The Yankees will Gerrit Cole going Game 1, which does give them the best chance to get off to an important 1-0 lead in the series. The Indians have been a below-average hitting team this year, so if New York can put some runs on the board early, then that will put the pressure on Cleveland.

However, Cleveland does come into the playoffs red hot finished the season on an 8-2 run earning the fourth seed. The Yankees might be facing a team that is clicking on all cylinders right now, so New York should be concerned with their Wild Card opponent.

Also, betting the Yankees to beat Cleveland is hard to justify at those odds. Yes, they have Gerrit Cole, but he will be going up against soon to be AL Cy Young winner Shane Bieber in Game 1. The Indians can throw Carlos Carrasco, Zach Plesac, Adam Civale, or Tristan McKenzie in the next two games. The Yankees will answer with Jordan Montgomery, J.A. Happ, or Masahiro Tanaka.

The Yankees definitely have an edge with hitting, but the MLB playoffs are a different beast. Pitching and defense win playoff games, and that is what the Indians have.