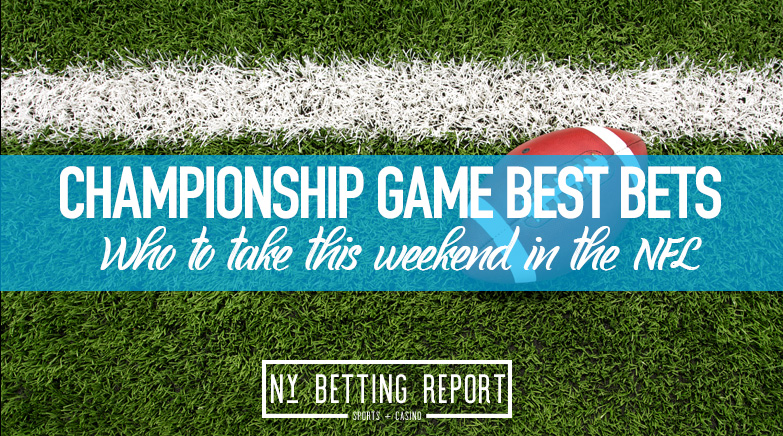 There are three games left in the NFL season, and two of them take place this weekend to decide who goes to Super Bowl LV. The Tampa Bay Buccaneers will travel to Green Bay to take on the Packers, while the Kansas City Chiefs will host the Buffalo Bills. Three points in the matchup favor both home teams.

These are arguably the four best football teams competing to go to the Super Bowl, so there should be a lot of action in the games. This game also features four quarterbacks rated in the top-5 of PFF.com, and with quarterback being the most important position in the league, it means we are in for a treat to see which two will get their teams to the Big Game.

Here are the best bets for championship game weekend.

The first of the two matchups will feature the Green Bay Packers and Tampa Bay Buccaneers. Two legendary quarterbacks will square off, hoping to return to another Super Bowl. Brady is going for his 10th trip while Rodgers goes for his second.

Tampa Bay took care of business in the first matchup earlier this season, but Green Bay has the edge in this game. The Packers are led by Rodgers, who will most likely be MVP, and the Buccaneers defense has been benefiting off turnovers. Tampa Bay also forced two Rodgers interceptions in the first matchup, which won’t happen again.

Seeing how the Packers put up over 400 yards of offense against the Rams defense, Green Bay has the same opportunity to do it at home. It’s always hard to count out Brady, however.

Green Bay’s defense has been playing much better since the start of December and will be able to give Brady a headache on Sunday. Tampa Bay will also be without Antonio Brown, which could hurt the passing game at Lambeau Field.

Brady is the greatest, but Rodgers should get the best of him this Sunday to his second career Super Bowl.

The Kansas City Chiefs will take on the Buffalo Bills at home this Sunday and hosting the AFC Championship Game back to back years. The biggest news came out of Kansas City this weekend as Patrick Mahomes cleared concussion protocols and will be eligible to play on Sunday.

Mahomes healthy and facing Bills phenom Josh Allen should be a high scoring game on Sunday. The Chiefs offense can score at will against any defense possible. According to Football Outsiders, they put up 27+ points against the Saints and Buccaneers towards the end of the season and will be able to put up points against the Bills’ 12th ranked defense.

A big thing that will help the Chiefs is being able to capitalize on the weak Buffalo rush defense. Kansas City should move the ball consistently on the ground, protecting Mahomes and opening up play action. On the other side, the Bills should have no issues scoring on this Chiefs pass defense. Kansas City ranks 22nd in DVOA, and the Bills will have more success this week than what the Browns had last week.

I expect both teams to score in the upper 20s of Sunday’s game and potentially hit the 30s if possible. Take the over now because there is a chance this number gets as high as 56 before kickoff on Sunday.