NFL Week 9: Is it Worth Backing a New York Team this Week? 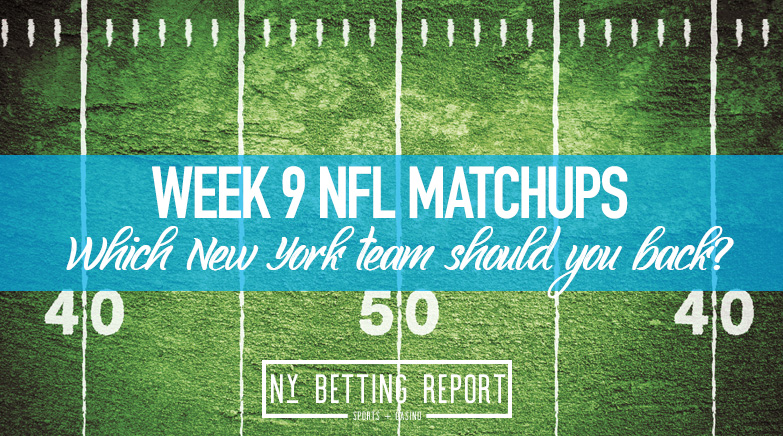 The Bills, Giants, and Jets are all in action this week. Buffalo is taking on Seattle at home, The Giants are on the road in Washington, and the Jets face New England on Monday night. Buffalo continues to be the class in New York while the Giants and Jets continue to string losses each week.

There is a chance that the Giants can win in Washington again, but the Jets continue to look hopeless even when facing a struggling Patriots team. Buffalo has the toughest matchup of the weekend by far hosting Seattle. However, there is a chance the Seahawks struggle on Sunday with the early kick-off slated.

There some value in these games this week, which is always nice when finding a winner.

The game of the week among the New York teams in Buffalo and Seattle. Both teams look to continue their winning ways this season. The Seahawks have the short end of the stick by traveling across countries for an early state. This isn’t the first time they have been in this situation this year, so they should be ready for Sunday. Also, Josh Allen has not been great against a zone defense, and the Seahawks mainly play zone. This could be a huge factor in Sunday’s game if Allen continues to struggle against a zone defense.

New York beat Washington two weeks ago, and the Football Team will look to bounce back in this matchup. The Giants are coming off the short week after giving the Buccs a scare on Monday night. They now travel to Washington to face one of the few teams they are capable of beating. The Football Team’s defense is top-12 in the NFL, and the Giants should feel lucky they scored over 20 points. The same thing could happen on Sunday against a Washington defense that held them 20 points in the first matchup. If Washington can score points, they should be able to take care of the Giants on Sunday.

The Monday night game will b between two AFC rivals. The Patriots travel to New York to take on the Jets in a must-win game to save New England’s season. The Jets continue to struggle, but it’ll be on Monday night if there is a game they can win. However, New England has been terrible in 2020 for multiple reasons, and Belichick might not steer the ship in the direction in time. The Patriots need to win Monday more than anything.

I expect this game to be a shootout on Sunday. Both offenses are electric, and the defenses have struggled to defend the pass all season. Both Wilson and Allen will be able to move the football through the air on Sunday.

I like backing teams who lost the first game to a recent opponent. New York and Washington faced two weeks ago, and Washington should take game two, given the recency of seeing one another.