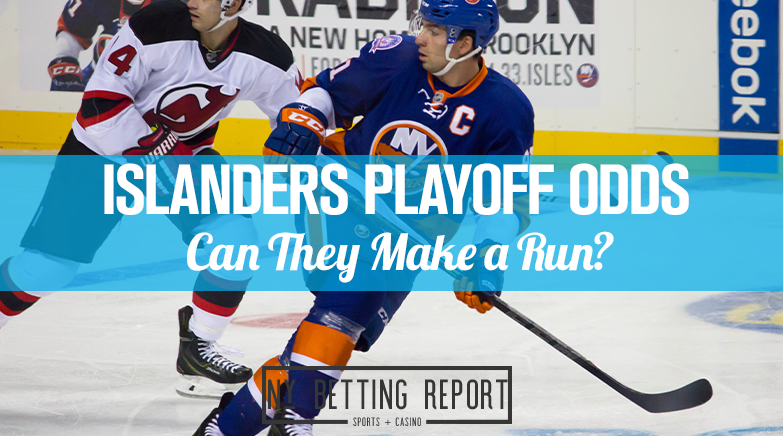 The New York Islanders have wrapped up regular season play in the NHL, and it is time to start focusing on the Stanley Cup Playoffs. New York will be taking on the Pittsburgh Penguins in the first round of the East Division.

The East Division was extremely competitive all season long, and that should make for a great first two rounds as all four of the playoff teams could emerge. The Islanders were able to snag the fourth seed in the playoffs by racking up 71 points on the year.

Pittsburgh won the East with 77 points on the year, and there isn’t much separation between the Penguins and Islanders. New York is clearly the underdog in this matchup, but this won’t be seen as a massive upset if the Islanders advance.

Odds have been set for the first-round series matchup with the Pittsburgh Penguins, and future betting odds are also out for the Stanley Cup. The Islanders might be an underdog against the Penguins in Round 1, but an upset will change the odds drastically for the remainder of the playoffs.

The Pittsburgh Penguins are listed at -146 to win the first-round playoff series against the New York Islanders. New York has odds currently set at +118, and that means that sportsbooks are giving them a chance to pull off the upset.

The most likely scenario, according to the odds, is the Penguins eliminating the Islanders in six games, as those odds are set at +400. The best odds that the Islanders have to win the series is in seven games at +500.

Since these teams are so evenly matched, the odds that this series goes six games is set at +195. The odds for this series going the distance is right behind that at +200.

A Look at Bruins vs Capitals

The Boston Bruins will take on the Washington Capitals in the other first-round playoff series in the East Division. Both of these teams are recent winners of the Stanley Cup, and this should be one of the best playoff series set to begin next week.

Boston is the betting favorite to win that series at -148. Washington will actually have the home-ice advantage over the Bruins, but they are the underdogs at +126.

This is another series that has the most likely scenario of ending in six games, but a full seven-game series is another great bet to make. If New York finds a way to get past Pittsburgh, then one of these teams will be waiting.

The two betting favorites to win the Stanley Cup this season both compete in the West Division and both teams are loaded with talent. The Colorado Avalanche are the betting favorites at +450, but the Vegas Golden Knights are right behind them at +550.

You have to scroll down the page quite a ways to find the New York Islanders being offered at +1600 to win the title. New York has a chance in the first round, but winning the Stanley Cup would be a huge underdog story.