Part of WSOP Main Event to be Played in New Jersey 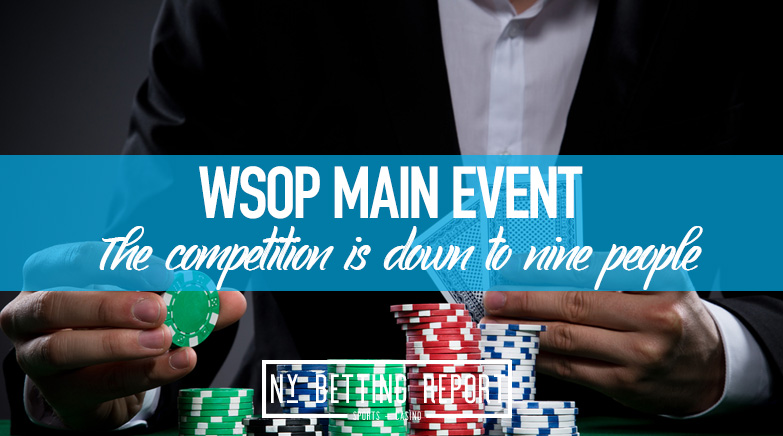 The World Series of Poker’s Main Event has always been played in Las Vegas. This year, the Main Event was expected to be at the Rio Casino in Sin City, but due to the coronavirus pandemic, the biggest poker tournament has now been moved online.

With a virtual World Series of Poker Main Event, this will allow New Jersey to become one of two U.S. states to host the event. U.S. players will be in Nevada and New Jersey for the event due to U.S. online gaming laws. Players will use geolocation while playing.

The tournament started on Sunday and will be televised on ESPN networks.

What About Players Outside the U.S.

The other half of the World Series of Poker began on November 29 for the rest of the world. Players that are in countries that allow online poker is allowed to play in the tournament. The international tournament is dwindling to nine, and the final table will begin December 15 in the Czech Republic.

The biggest matchup to watch on the international table is Damian Salas and Brunno Botteon. Salas is currently third in chips with $5.7 million and is behind Botteon, who sits with $10.3 million in chips. Salas finished seventh in the Main Event in 2017.

This year, the U.S. and International WSOP Main Event’s winners will square off among one another to win an additional $1 million in prizes.

There are poker players who live outside New Jersey and Nevada who will be traveling to the states to enter the Main Event. Some players never miss the event and will be willing to pay the $10K entry fee for the tournament.

This World Series of Poker tournament could see the least amount of entrants in the tournament since 2003, but the last time this happened, it did cause a poker boom in the following years.

2020 is different, but going online could potentially spike interest in a younger audience.

Could the 2020 World Series of Poker tournament change the landscape of future tournaments? Could the WSOP allow for an in-person tournament and a virtual tournament to expand the field and get more entrants? With New Jersey playing partial host to the tournament, this could change the game.

This year could allow tournament expansion, similar to what it saw after 2003. There are possibilities that 2020 could change the WSOP despite it feeling like the least anticipated tournament.