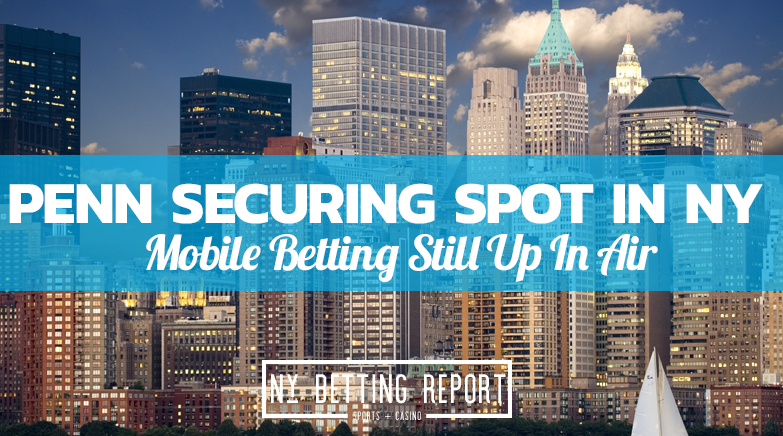 There has been a lot of news out of New York to start 2021 as mobile betting remains in the works but no progress has been made over the last few weeks. With in-person betting and casinos being available in New York, there has been plenty of room for operators and Penn National is the latest to join the sports betting market. Getting in now is a plus as many view the casinos being a way to help revenue as they wait on mobile sports betting approval.

The deal with Rivers Casino & Resort was reached this past week as they would be given a second skin based on the agreement, despite already being partnered with BetRivers. All of this would allow Barstool Sportsbook to operate in New York’s betting market. Barstool is a partner company with Penn National. Penn’s stock has recently taken a rise due to the agreement in New York as the Empire State is one of the largest betting markets in the country, but is currently limited without online betting.

Barstool has a large following in New York and around the country, but being located in Manhatten they have captured the New York market with their image. Launching a sportsbook recently they have begun operating in Pennsylvania and Michigan. With mobile betting operating in those states, Barstool and Penn both await New York to make the same move. They are currently not partnered with any commercial or tribal casino at the moment to take wagers. With sportsbooks like DraftKings, FanDuel, Bet365, and BetRivers already partnered, Penn is looking to get in ahead of the mad rush. Their hopes remain that New York moves fast over the next month, otherwise 2022 would be the next time to address.

For Barstool and other sportsbooks to operate mobile in New York, a law legalizing it needs to pass. Multiple bills have been released in the new year that is still awaiting voting in the Assembly and Senate. Gov Cuomo has voiced his support earlier in the year for mobile sports betting, which gave a vote of confidence for passing in 2021. Now, that doesn’t seem to be the case as Cuomo has his own issues regarding his Covid-19 actions. New York’s budget adjustments need to be made before mid-April. With little news over the last few weeks, there is a growing concern.