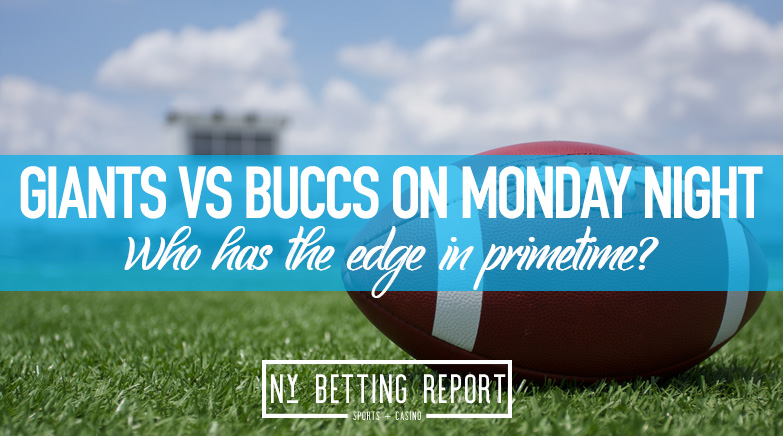 The Tampa Bay Buccaneers head to the Big Apple to take on the New York Giants. Both teams are heading in opposite directions this season. The Giants sit at 1-6 as the Buccs are looking to win three in a row and go 6-2 on the year.

This is a lopsided matchup, no doubt, but Monday night usually sees the best performances on either side. Despite what looks like an easy win for Tampa Bay, New York should still come out ready to play as they try to find some life entering the second half of the season.

What better way to try and find positives than pulling off an upset against Tom Brady and the Buccaneers.

The Buccs are the better team in this matchup, and the numbers show. According to Football Outsiders, Tampa Bay is currently the best team in the NFL when breaking down DVOA. They have the sixth-best offense, best defense, and 15th best special teams in the league.

The Giants will also be without guard Will Hernandez, which brings in Shane Lemieux to the starting lineup. New York’s offensive line will have to go up against Ndomakung Suh, Jason Pierre-Paul, and Shaquil Barrett tonight. As a unit, the Giants’ offensive line ranks 32nd in both pass and rush protection. The Buccs defensive line in second in run defense and third in pass defense.

Any way you look at it, the Giants are at a huge disadvantage against the Buccaneers. Even if the Giants offensive line can play ok football, they still have to rely on Daniel Jones to deliver the ball against a secondary that is one of the best, if not the best, in the NFL.

Tampa Bay should have success moving the football through the air on the other side of the ball. New York’s defense is playing better, but still will be in a tough spot to try and slow down Brady. The Giants have been solid stopping the run thanks to its front seven but have struggled to slow down teams through the air.

This isn’t going to help when you have weapons like Mike Evans, Chris Godwin, O.J. Howard, and Gronk. The Buccs should be able to move the football through the air easily.

The Giants are averaging 13.4 points per game when playing a defense in the top-12 of DVOA. With the Buccs currently sitting as the number one defense, it is going to give New York a tough time moving the football tonight.

Tampa Bay should limit Daniel Jones tonight, and the Buccs should hold them to under 14 points or less in the Monday night matchup.