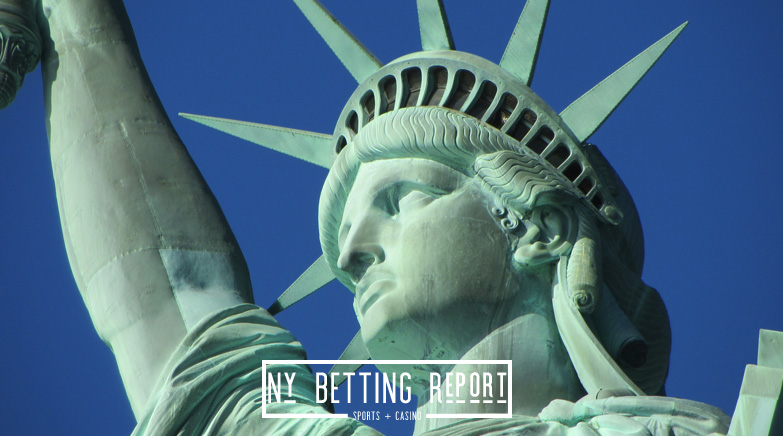 The NHL Playoffs are set to begin on Aug. 1, and both of the New York teams will be in action on the very first day. The 2019-20 NHL season has been suspended since mid-March, and the remainder of the regular season was canceled.

Instead of sticking with a traditional 16-team playoff format, the NHL invited 24 teams to be a part of their expanded playoffs. This new format allowed both the New York Rangers to join the field, while the Islanders were already a playoff team.

It’s hard to predict what the rest of the NHL season will look like, and there is definitely a high level of uncertainty. What is clear is that hockey fans in New York will get the chance to root on their favorite teams again.

The first round of the NHL Playoffs will be best-of-five series, and this is considered a “play-in” round. Both the Islanders and Rangers must win their first-round series if they want to be a part of the traditional 16-team playoff field.

All of the Eastern Conference playoff games will be held at the Scotiabank Place in Toronto, while the Western Conference will be playing its games in Edmonton. Fans are not allowed to attend these games, and that will take away from the traditional NHL playoff atmosphere.

The 11th-seeded New York Rangers will be taking on the sixth-seeded Carolina Hurricanes in the first round. FanDuel Sportsbook has the Hurricanes at -130 in Game 1 of the series.

The New York Islanders earned the seventh seed in the Eastern Conference, and they will match up against the 10th-seeded Florida Panthers. FanDuel has the Islanders as the favorites in the first game, and they are listed at -120.

The Eastern Conference playoff race was just heating up before the season was suspended, and it’s expected to be a wide-open race in the playoffs. The top four teams will compete in a round-robin tournament to determine playoff seeding, and that will likely affect future betting odds.

Bettors can already place bets at FanDuel on which team they believe will win the Eastern Conference. It’s no surprise that the Boston Bruins and Tampa Bay Lightning are currently the betting favorites at +300.

The Philadelphia Flyers (+500) and the Washington Capitals (+600) were both having strong seasons, and they are the next two teams on the list as of now. The host Toronto Maple Leafs come in sixth on the list at +1300.

Both the Rangers and Islanders are currently listed at +2000 to win the Eastern Conference, and it would be a huge upset if they were to win the Stanley Cup. With all of the uncertainty heading into the restart, it is possible that a huge underdog can go on a deep run.

The Boston Bruins and Tampa Bay Lightning are also the two favorites to win the Stanley Cup, and the Eastern Conference should have a strong chance.