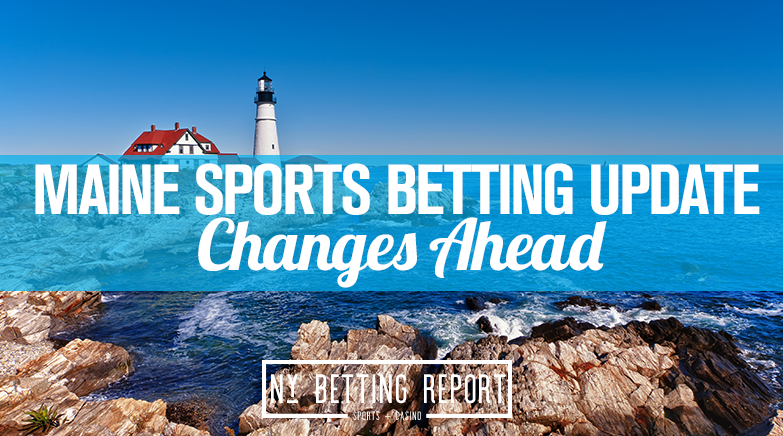 A bill that would legalize sports betting in Maine has been approved by the state legislature and has landed on the desk of Governor Janet Mils. LD 1352 is the piece of legislation that has received enough support from both political parties to land on the desk of the governor.

This is not the first time that lawmakers have approved a piece of sports betting in Maine, but this is the most optimistic lawmakers have been. This most recent bill has seen plenty of amendments in the last few weeks, but there weren’t many changes that took place.

Louis Luchini was the sponsor of LD 1352, and he made a sudden and interesting decision when his bill was up for a final vote earlier this week. Luchini asked lawmakers to vote against his bill because he was not in favor of some of the new amendments that were added.

The Senate approved the bill by a vote of 23-12, and the strange testimony from Luchini made the final vote much closer than it should have been. Lawmakers have continued to push for sports betting, and there was not much debate made before the final vote.

Governor Has the Power

Now that the bill is on the desk of Governor Janet Mills, she is the one that has all of the power. Lawmakers are hopeful that she will agree to the proposed bill, but that has not been the case in the past.

Mills has already vetoed a sports betting bill in the past, and a similar decision would be devastating to the lawmakers. There seem to be enough sports to override any veto, but that would cause a delay in the launch of the industry.

What Will the Market Include

If this bill is ultimately approved by Governor Mills, both online and retail sports betting would be legalized. Bets made in person would be taxed at a rate of 10 percent while online sportsbooks would face a 15% tax charge.

The licensing fee will now be $100,000 if this bill is passed, and that is a massive jump from the $20,000 that was initially proposed. There would be a strict limit put in place on online licenses and that would limit the potential growth of the industry.

It appears that Maine could become solid sports betting market if the proposed bill does become law. There are some favorable laws in place for both bettors and operators, but there still won’t be a ton of money involved.

Launching online sports betting would give Maine a chance to become a large market, but the lack of professional teams will keep the state from becoming a major player in the industry.