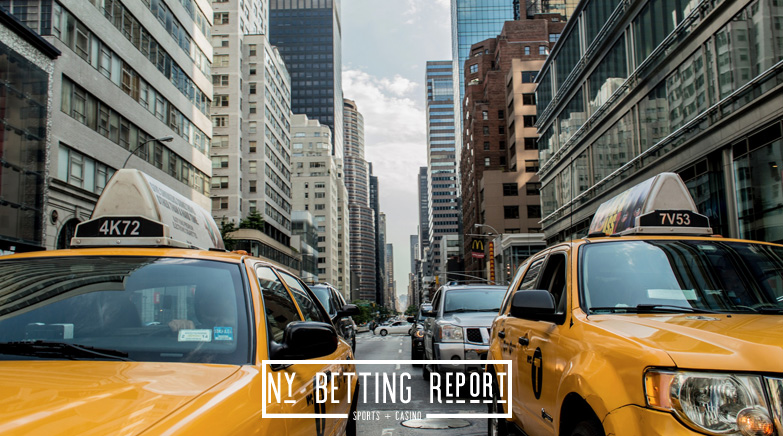 The New York sports betting market will witness its first full NFL season as the launch began on January 8th. The New York State Commission reported a handle of $330 million from Week 1 of the season.

The NFL Season is Underway

During the summer slowdown, the sports betting industry saw its monthly handles plummet due to the lack of sporting events on the calendar. Bettors and sportsbooks across the nation were waiting for the season to start as football is the most wagered sport in the United States.

Looking at the weekly handles in the Empire State, the handle noted an increase of 35.8 percent from the previous week. Still, the state had higher expectations as the defending champs Los Angeles Rams faced off against the Buffalo Bills to start the season.

There are currently nine sportsbook operators that take bets throughout the state. During the first weekend of NFL betting in New York, GeoComply’s tracking data showed 15.7 million geolocation pings.

Mobile Sports Betting Will Drive Up the Handles Once Again

Online sports betting has proven to become second nature in the industry as some jurisdictions show that mobile sports betting makes up 99 percent of the total handle. Even though the numbers didn’t meet the high expectations, the figures put the state in a strong spot.

The Empire State is on pace to have its first billion-dollar handle since June. Both monthly handles in July and August were under the $900 million mark.

Bookmakers combined to have gross gaming revenue of $32.6 million. This was the highest total since the month of May. Operators had a combined win rate of 9.9 percent, which snapped a double-digit win rate streak at six weeks.

Taking a Look at the Market Share Amongst Bookmakers

There may be nine reputable bookmakers from which those residents could choose. However, some need to do more marketing than others to gain more market share as the weeks go by.

FanDuel has become the most famous sportsbook platform in the industry as it also is the official sports betting partner of the New York Yankees. The platform registered a handle of $128.7 million and a hold rate of 13.3 percent. FanDuel averages a market share of 40.2 percent in the state.

DraftKings has consistently secured the second-place spot and had a handle of $117 million for the week. However, the win rate went from 11.8 percent to 6.9 percent in the span of a week. However, in terms of its handle numbers, DraftKings is keeping it close with competitor FanDuel.

Caesars continues to be in a solid position with a win rate hovering around the 10 percent mark.

However, its handle and gross revenue didn’t significantly increase from the previous week.

The handle of BetMGM, BetRivers, and WynnBET also increased, but at the expense of BallyBet and PointsBet, which also saw the same trend.

FanDuel and DraftKings continue to prosper in the state. The two bookmakers made up 74.5 percent of the total online handle for the week.