Steve Cohen Becomes New Mets Owner: Can He Turn the Franchise Around? 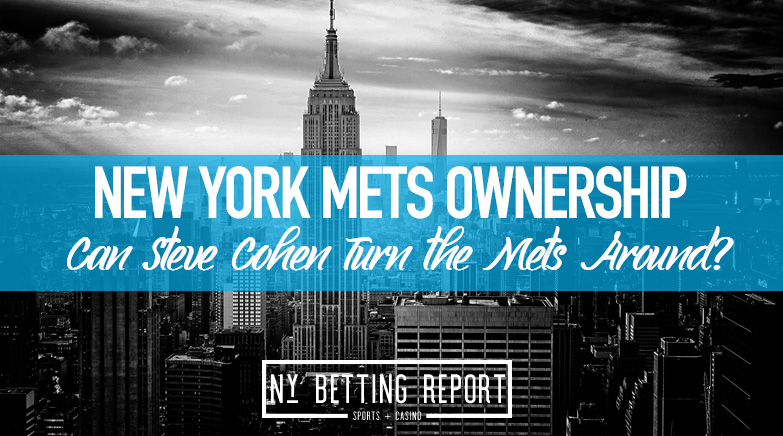 The New York Mets transferred ownership power from Fred Wilpon to Steve Cohen this past week. This is huge news for Mets fans as the fanbase has been thoroughly disappointed with how the Wilpon’s ran the organization. Wilpon began buying a stake in the Mets in 1986 and slowly became the majority owner over the next 20 years.

Under the Wilpon’s, the Mets have had a sub-.500 record since the 1990 season. The MLB team from Queens has been a laughing stock of an organization over the last two+ decades and might have finally made a move to turn things around.

In comes billionaire Steve Cohen who will look to change the Mets brand into a winning one and wants to make sure the team’s success is long-term and sustainable.

Now that the Mets have new ownership, will this translate to winning a championship in 2021? Well, that’s remained to be seen. New York currently sits on 30/1, and still has some work to do before hoisting the trophy next October. New York is tied with the Phillies and Nationals (30/1) and behind the Braves (12/1) for NL East teams to win the World Series.

One positive is the day after Cohen made his first press conference as the owner, pitcher Marcus Stroman opted in for the 2021 season boosting the teams starting pitching.

Overall, the Mets finished fifth in hitting, 13th in starting pitching, 22nd in relief pitching, and 18th in defense. Obviously, relief pitching and defense was the Mets’ downfall in 2020, with numerous blown saves early in the season.

But the outcome of the Mets future might start with new general manager Brodie Van Wagenen. He was a former agent turned general manager and hopes to help turn the team around thanks to the relationships he can build with players. This was the first move made under Cohen.

Mets manager Luis Rojas will most likely return for a second season as well under the new regime. Now that the hierarchy at the top is set, now it’s time to see results.

Can Cohen Turn the Mets Around?

This obviously remains to be seen. In his opening press conference, he was persuasive that he is doing whatever it takes to create sustained success in the franchise and wants to do it for the fans. That’s all good and well on paper, but now it’s time to see results.

Bringing in an agent is a bit questionable as the first GM under the new regime, but let’s wait to see the results.

“When I really thought about this, I could make millions of people happy, and what an incredible opportunity that is. That’s how I’m thinking about this. I’m not trying to make money here. I have my business at Point 72 and I make money over there. So here, it’s really about building something great, building something for the fans, winning. I just find this an amazing opportunity,” Cohen said in the interview.

Let’s see if he can back up his talk.