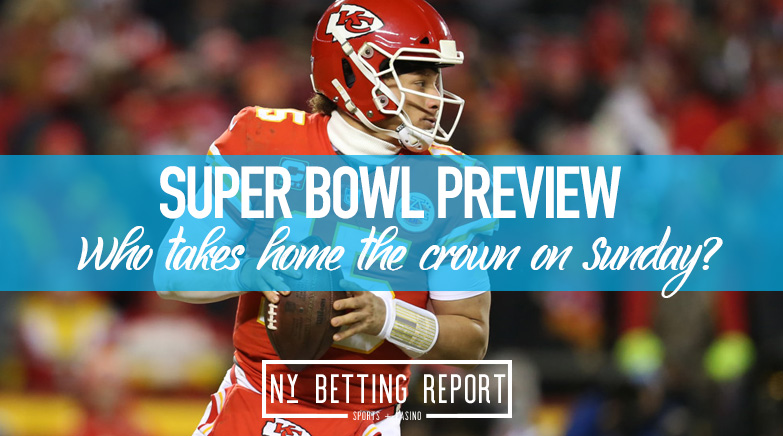 The big day is finally here! On Sunday, the Kansas City Chiefs will take on the Tampa Bay Buccaneers in Raymond James Stadium for Super Bowl LV. For the first time in Super Bowl history, a team playing in the Super Bowl will be playing in their home stadium.

The matchup has storylines galore, with Mahomes potentially having the talent to overtake Brady in Super Bowl accolades. Here is a breakdown for Super Bowl LV.

The Chiefs and Buccaneers feature two of the best offenses in the NFL, according to Football Outsiders. Both offenses rank in the top three in DVOA, which shows how potent both teams can be when they have the ball. It also helps when you have two quarterbacks that rank in the top five of PFF.com grading. Mahomes grades out as the fourth-best quarterback in 2020, and Brady grades out at second best.

However, even with two great offenses going up among one another, it will be the defenses that need to step up on Sunday. Tampa Bay’s defense has a clear edge over Kansas City. According to Football Outsiders, the Buccaneers defensive ranks fifth in DVOA, while the Chiefs defense ranks 21st.

Reid and Mahomes is the duo to fear in the NFL, but on the NFL’s biggest stage, it will need its defense to step up against a great Buccaneers offense. This shows Tampa Bay could have an edge on Sunday if the defense can play better than it did in the first matchup.

In November, the Buccs and Chiefs played in Tampa, where Kansas City won 27-24. Mahomes threw a season-high 462 yards in the win. However, this Sunday, it could be a lot different for Mahomes.

When looking at this from an oddsmaker’s perspective, there is a lot of exposure to Kansas City. As of writing, there is roughly 59% of the tickets and 64% of the betting handle coming in on the Chiefs. Books opened up the Super Bowl odds at Chiefs -3.5 before bettors came in and bet Kansas City down to -3, where it has stayed for a majority of the two weeks.

There is more juice on the Chiefs spread, but it shows that bookmakers aren’t willing ot move off the key number of three even with a lot of exposure.

Buccs +3
In the second matchup between these two teams, I like the underdog on Sunday. I think Tom Brady gets it done in the rematch on Sunday against Kansas City. Overall, Tampa Bay is even with the Chiefs offense and has a much better defense than Kansas City. This should be a close game throughout, but Brady wins his seventh career Super Bowl.