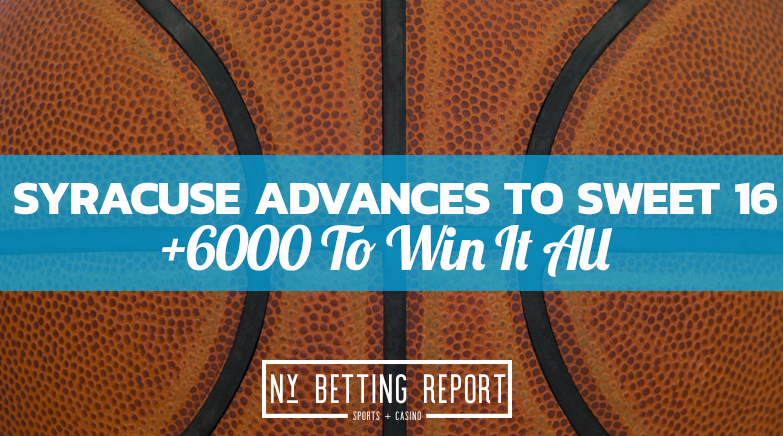 Syracuse has advanced into the Sweet 16 in the Midwest bracket. They beat San Diego State in the opening round 78-62 and then beat West Virginia 75-72. In both games Syracuse were underdogs, and we can probably expect the same moving forward. However, the bracket is very interesting because of the remaining teams. This tournament has seen a lot of lower seeds keep moving on and two could meet up next round.

DraftKings Sportsbook has posted odds for the upcoming game against Houston. They are +200 straight up and +6 for the spread. The total is set at 140. Many will be siding with Houston this season, who have gone 26-3 and 19-9 ATS. Syracuse was 14-13 ATS this season. Both teams can put up points, averaging over 75 per game but Houston has been strong defensively holding teams to just 58 points. They rebound well and have won nine in a row. Syracuse is also running hot, winning four of the last five and playing terrific defense.

The game between Syracuse and Houston will be on TBS, at 9:55 ET. A bit harsh for the East Coast crowd but given the game is in Indianapolis it makes sense. You can also stream this on the TBS app. With the Oregon State and Loyola Chicago game being played early in the day, the winner of this one will know who they face in the Elite Eight.

With only a handful of teams remaining, Syracuse has the second-worst odds to win it all. However, they are +500 to make the Final Four, which is a possibility given how their bracket has shaken up. Illinois was knocked out by Loyola Chicago and Oregon State ran through both the 4 and 5 seed, leaving Syracuse or Houston to face the 8 or 12 seed. However. Loyola Chicago is certainly a strong team that could come out of this bracket. They are +160 to make it out of the bracket. Houston is +100.