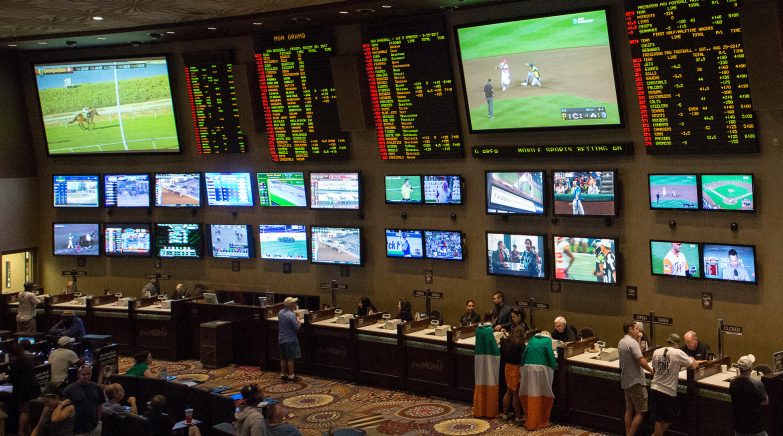 Since adding the mobile sports betting component in Maryland, sportsbook operators have seen a major short squeeze in its overall handle. Sportsbook operators in the Old Line State combined to register a handle of $497.1 million in December, according to the Maryland Lottery and Gaming.

Sports Wagering is Finally Taking Off in Maryland

Bettors across the state have waited two years for the mobile launch to begin as Gov. Larry Hogan was the main advocate for this business venture. With the major jump in the numbers, Maryland is on pace to enter the discussion to be a top 10 market in the industry.

The Old Line State’s December numbers are comparable to other markets, such as Michigan, Indiana, and Tennessee. Tennessee is one of the few states that allows just mobile sports betting to those that reside or visit the state.

Bookmakers in the state took advantage of the system in regard to using promotional credits for deductions. This allows the brands to focus heavily on marketing and other campaigns in an effort to edge out fellow competitors.

With bonuses and promotional play at a high level, operators deducted $71 million, bringing the total to $134 million for mobile sportsbooks in November. Both online and brick-and-mortar locations continue to post solid results against the public, with the mobile operators collecting $82.3 million in gross revenue out of the $85.2 million.

Once again, the hold rate in Maryland continues to shock the industry as the national average is situated at 7.2 percent. Bookmakers in the Old Line State in December posted an average of 17.1 percent.

In the post-PASPA era, Maryland became just one of five states to surpass $80 million in monthly revenue. To put that into perspective, Maryland joins an elite group of states that have achieved that milestone, which includes New York, New Jersey, Illinois, and Pennsylvania.

As a result of negative net adjusted revenue carried over from November, less than $300,000 of that total could be taxed, despite the overall adjusted revenue of nearly $13 million. Tax revenues generated from mobile sports betting in December were just over 10 percent of the total $440,000 generated statewide, including retail betting.

FanDuel and DraftKings are the kings of sports betting as they secured the one and two spots. The two sportsbooks registered a handle of $236.2 million and a hold rate of 19.1 percent. This translated to $45.2 million in gross revenue.

BetMGM maintained the third position in both the handle and revenue categories thanks to a 14.3 percent hold on $42.3 million in wagers. That led to $6 million in revenue.

Barstool battled Caesars for the fourth spot by edging out its competitor by $1 million in wagers. PointsBet had a negative adjusted revenue of n $31,000 with a loss of $35,000 in the previous month.BetRivers is the only mobile book that has made tax payments in both months, with $53,111 of its $255,162 in revenue being eligible for taxation.

Retail sportsbooks added to the strong win rate by posting 15.2 percent. In-person betting produced a double-digit win rate for the 11th time in 13 months, and Maryland sportsbooks have benefited financially from in-person betting. Since the launch of mobile betting, retail betting has generated close to $1.1 million in tax receipts.