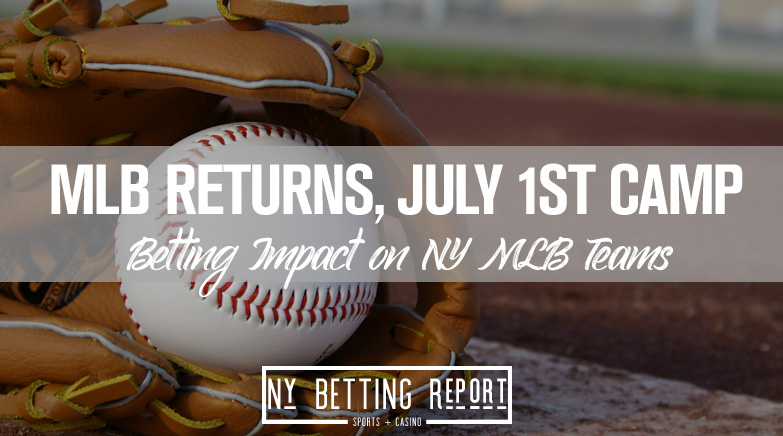 The MLB and MLBPA announced an agreement on a 60-game season in 2020. Players will be able to report to training camp on July 1, and opening day will be July 23 or 24. After months of negotiations, the MLB and MLBPA finally came to a compromise. Now, baseball is hashing out final safety protocols as the game returns in the middle of the COVID-19 outbreak.

For this season, there are a few rule changes from scheduling to 30-man rosters, and even having a universal DH for the first time in league history. Unprecedented times call for unprecedented measures, and the MLB is making sure that they can salvage a 2020 MLB season.

The league is doing whatever it takes to keep players safe throughout the season. As of writing this, 40 MLB players an staff have tested positive for COVID-19.

The MLB proposes teams do their training at their home ballpark to gear up for the 2020 season. Less travel helps reduce exposure throughout the league. For 2020, teams will have to submit a 60-player roster and begin the season with a 30-player roster to start the season. The roster will then drop to 28-players after to weeks, and 26 after four-weeks.

Also, the MLB is implementing two rule changes for the season. First, the MLB will adopt a universal DH, which means pitchers won’t hit this season. Also, if a game goes into extra innings, then a runner will start on second each half inning to speed the game up. In addition, the trade deadline is set for August 31. The MLB playoffs were not expanded from 10 to 16 teams so that October will be business as usual.

The 2020 season will be an unusual one for sure. Teams will be playing under a third of the regular season so that unexpected teams could make it to October. Last year, the Nationals started 27-33 in their first 60 games, so some of the best teams might miss the playoffs.

For sports bettors, the MLB season is one of the best sports to bet on given the longevity and statistics the sport allows. However, in a 60-game season, bettors might have to take a different approach to the 2020 season.

According to FanDuel, the Dodgers lead the way in World Series odds sitting at +300 with the Yankees following at +375 odds to win it all. Houston is third at +1000, followed by Atlanta and the defending World Series Champions the Nationals at +1200 rounding out the top five. Also, the Mets sit at +2200 to win it all. The third-best among NL East teams. At DraftKings, 49 percent of the money has been bet on the Yankees to win the World Series.

The favorites might not be the concern for sportsbooks, as a condensed season could bring some not-so-worthy teams towards the top of the standings to come October. Longshots might hurt sportsbooks more than imagined if a longshot like the Blue Jays (+10000) or Giants (+30000) have an excellent 60-game stretch.

The MLB has seen this before, with teams going on great runs that no one can explain. The Milwaukee Brewers have been prone to this in recent Septembers as they made playoff pushes. Now, multiple teams can be within spitting distance of a playoff spot, and it could be a team like the Baltimore Orioles, who are (+100000) to win it all.

Not to mention, individual awards could be up in the air as well. Unexpected players could have a great two months and win MVP or Cy Young, where a full 162-game season would have had them taper off at the end. Mike Trout has finished in the top five of MVP voting his whole career, and he could have a 60-game stretch where he’s average.

The 60-game MLB season is going to be a wild one. Unexpected teams could find themselves in October, and we could see average hitters and pitchers fighting for post-season accolades. However, the biggest issue will be keeping players healthy. The league could shutdown if enough players test positive, and everything being talked about will be for not.

Overall, expect a wild ride this MLB season, and don’t be afraid to bet a longshot to win it all. You never know who will be holding up the World Series trophy.