The NHL Season Begins: Is There Any Value in Futures for New York Teams? 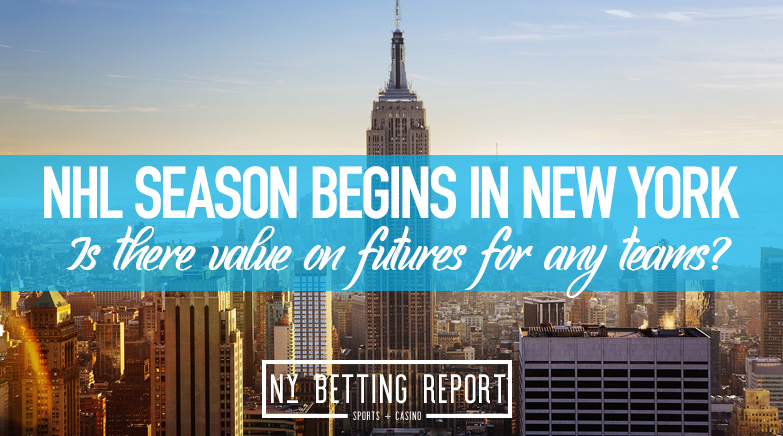 The NHL season kicked off last night with five matchups on the slate. Tonight, the rest of the NHL will be joining with all three New York hockey teams playing. The Buffalo Sabres are hosting the Washington Capitals tonight, while the New York Rangers and Islanders square off on Long Island.

There is still time to get your futures bets in on your favorite New York hockey teams. Last year, the Sabres just missed out on making it to the expanded playoff format while the Islanders and Rangers could play a few more hockey rounds.

The Isles have been the best team in New York for the last few seasons and hope to continue that trend, but the Rangers and Sabres have been retooling to make playoff runs this season. Here are the future odds for the New York NHL teams.

Where is the Value?

The New York teams might be a little overvalued heading into the season. Comparing these teams to last year, the Islanders made it the furthest but should see some regression head into the 2020-21 season. New York was clearly overmatched in the conference finals against the Lightning after knocking out the Panthers, Capitals, and Flyers in the playoffs.

As cool of a story as the Islanders have, it could be a year of big regression. The Islanders have a solid core returning but are still missing that key superstar piece to get them over the edge. Although I think the numbers are priced well, I think there could be some value taking the under in points this season. New York relies on the same squad that finished with seventh in the Eastern Conference before making an incredible run. Luck was on their side in the playoff, but it could run out this season.

The Rangers have a young team that is a year or two away from competing. Unfortunately, this season will have a lot of growing pains for the Rangers with the lack of offseason and preseason to get this young core ready. The Rangers drafted Alexis Lafreniere with the number one overall pick but could need some time to get into playing shape with COVID affecting the league.

Right now, there isn’t much value in taking a future on the Rangers. With the team’s talent, New York could hit the over on its points, but there is a guarantee, especially if the team gets off to a slow start. If this happens, then maybe there will be a chance to take the Rangers points total after starting slow. For now, back off and see how the team develops.

As for Buffalo, the team is in a similar situation as the Rangers. The team brought in Taylor Hall, which adds scoring into the mix, but with COVID messing with the offseason and preseason, there could be growing pains in New York. I would stay away from all Buffalo futures this season and try again in the fall with a future.