There is Still no Potential Sports Betting Launch Date in Massachusetts 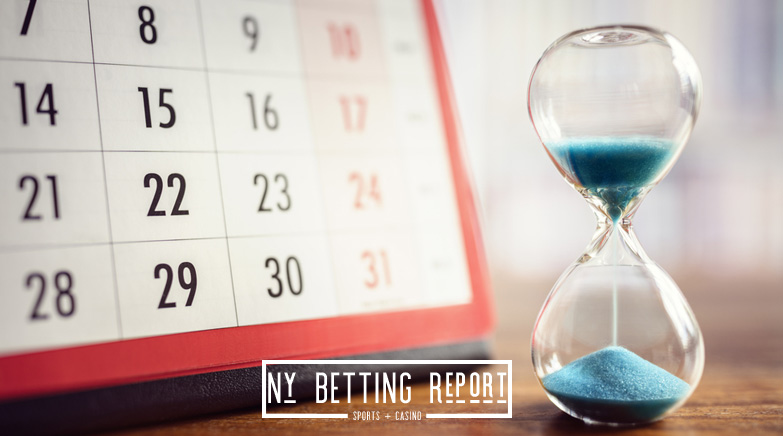 As of this moment, there is no timeline of when the legal sports betting launch will take place for the Massachusetts market. Potential bettors can only hope that the operation will begin sooner rather than later.

There Was no Clear Indication During the Meeting

The Massachusetts Gaming Commission met sportsbook operator officials for 2.5 hours on Thursday. There is no consensus on a potential start date based on the meeting, which means the operation could launch in 2023.

Operators that want to enter the Bay State’s market all agreed on one approach. The bookmakers want a universal start date for both online and retail sportsbooks.

DraftKings is the only operator that wants the retail locations to start accepting wagers before the online market launches. DraftKings is based in Boston and has several partnerships in the state, which include becoming the official sports betting DFS and iGaming partner of the Boston Bruins.

In addition, DraftKings is the only sportsbook operator in New Hampshire and has the same tax rate as bookmakers that accept wagers in New York. This has certainly put a lot of pressure on the regulators in the Bay State.

Also, only seven operators will be awarded in the state. Just like New York, Massachusetts will have a high barrier to entry for bookmakers.

Retail Sports Betting May Have a Chance in 2022

The lack of a legal market has cost Massachusetts a lot of revenue. The Bay States might not reach its full potential if they have a retail market, but it would be better than waiting.

Due to this slow process, bettors in Massachusetts will miss out on wagering on football, especially the NFL. Football is the most wagered sport in the United States, and many jurisdictions across the industry break monthly handle records during the last quarter of the year.

Mobile sportsbooks may go live just in time for the Super Bowl. March Madness and NBA and NHL playoffs contribute to strong numbers for states across the industry in March and early April. After that, the summer slowdown starts to take place in May and the summer as there are fewer events that interest the majority of bettors.

Many potential bettors have crossed state lines throughout the year. Not having a legal market implies that many residents have been using offshore sportsbooks like Bovada.

Having retail markets would be the best approach in 2022, as many locations across the state have locations that offer in-person sports betting. These locations include MGM Springfield (BetMGM), Encore Boston Harbor (WynnBet), and Plainridge Park (Barstool). Racetracks like Suffolk Downs and Raynham Park can also offer retail sports gambling.

When Massachusetts’ market launches, there is no doubt that the Bay State will be the biggest market in the New England region. Massachusetts is home to many franchises and a decent number of collegiate

According to the bill, bettors will only be allowed to place wagers on in-state teams during special occasions like the March Madness Tournament. For now, neighboring states that allow sports betting will continue to benefit from those crossing state lines, especially during the NFL season.