TheScore Partners with the MLB 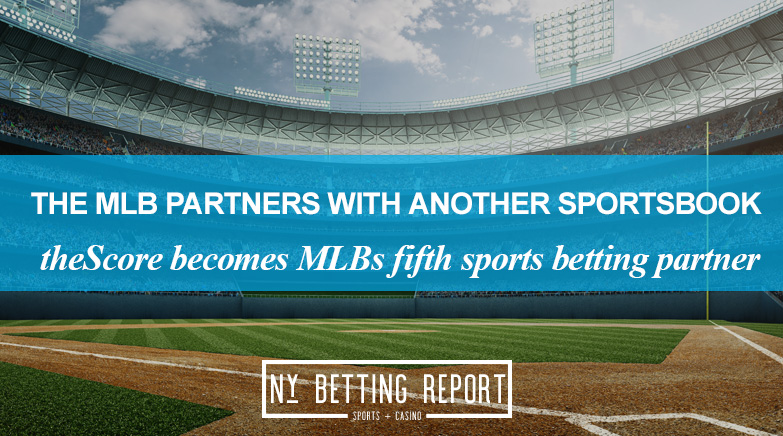 On Monday, theScore and the MLB partnered together, allowing the sports betting app access to league info, marks, and logos. TheScore becomes the fifth gaming partner of the MLB as they are joining DraftKings, FanDuel, BetMGM, and Fox Bet. Also, the sports betting app is available for players in New Jersey currently, as the MLB season begins July 23.

TheScore app will have real-time stats by the MLB official data feed and Statcast available to them. Right now, New Jersey bettors will be able to take advantage of the new partnership. Also, the partnership is a multi-year deal between the mobile operator and the league.

With a majority of New York bettors heading into New Jersey, anyone using theScore’s betting app will see the new features available to them. Overall, the goal of the partnership is to protect the integrity of the game. TheScore app is available on all IOS Apple and Andriod phones.

The partnership gives theScore Bet users the best experience when it comes to wagering on MLB games. They’ll be able to use the most accurate data when it comes to handicapping games. Also, newly popular Statcast data will be on the betting app.

The Statcast data is a gamechanger for sports betting as more sportsbooks could form partnerships similar to what theScore has with the MLB. Sportsbooks could partner with other leagues and be able to have the league’s data on their site. The stats will keep more sports bettors engaged and wanting to wager more.

Will More Partnerships Happen with Leagues?

There is a chance other sportsbooks partner with the MLB, or other leagues, to give sports bettors using their site the same access as theScore gives their patrons. However, MLB owns a lot of the advanced stats and analytics that other leagues don’t do.

The NFL does own NFL Next Gen Stats, but other sites like Pro Football Focus have more in-depth detail on teams and players. If a partnership with the NFL forms with a sportsbook, then they might not have information like the MLB can give away. Accessible data could go into which sportsbook a bettor chooses.

If other sportsbooks have all the data and information while they’re making a bet, then they’ll be more interested in using that sportsbook compared to another one that just has the rights to team logos.

This partnership between theScore and MLB could be a gamechanger. TheScore is one of the most sports apps in North America thanks to the stats and data they give users in all major sports. Now, they’re doing the same thing to their sports betting app.

Right now, theScore Bet is available in New Jersey, which is good for New York bettors who travel to the state to bet on games. Soon, they’ll launch in Indiana and Colorado in the coming months. If the MLB advanced data helps bettors make better wagers, then there’s no question players will want to use that app.

Despite being the fifth partnership with the MLB, theScore might have the most impactful one with the deal they signed. Not only do they get to use team logos and league marks, but they also get the data that drives the league.