Week 13 NFL Best Bets: Which New York Teams Should You Back? 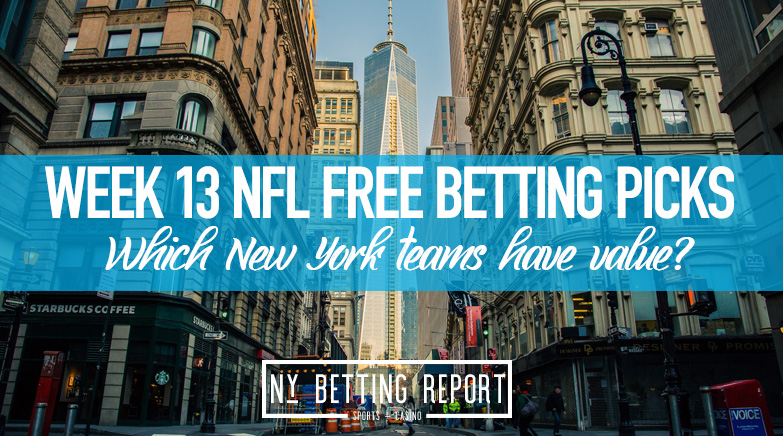 There are some great matchups this weekend in the NFL, and a few will be going down with New York teams this Sunday. The Raiders take on the Jets in hopes of finally winning a football game. The Giants head to Seattle for a first-place showdown with the Seahawks and the Bills travel to Arizona on Monday night to take on the 49ers.

The Bills and 49ers have to play in Arizona due to the COVID restrictions put in place by Santa Clara County, where the Niners play. There is some value on the board this weekend, so let’s get into some of the best bets for Week 13.

The Jets are bad, point, blank, period. Las Vegas is coming off one of the ugliest losses of the season and should bounce back nicely in New York. Although the Raiders are also on the road back to backs this week, it shouldn’t matter going up against the Jets.

The Jets could have some success moving the football, but it’s hard to see with how bad the offense has been. Las Vegas should have no issue overall on offense, even with the Jets defensive success rate hovering around average in 2020.

The Jets have been surprisingly good on rush defense this season, ranking fifth in yards per rush allowed. They should stop the Raiders rushing attack, but it will be hard for the pass defense to limit Derek Carr through the air. Carr also has one of the fastest release times in the NFL, so the pass rush will most likely be nonexistent.

I’ll take the Raiders at any number below -10.

The Seattle Seahawks should have no issues taking care of the Giants at home this Sunday. With Daniel Jones being out with a serious hamstring injury, this gives Colt McCoy the nod at quarterback.

This will McCoy’s eighth start since 2012, as the former Texas Longhorns quarterback has turned into a journeyman back up in the NFL. Now, he gets another opportunity this Sunday to go up against a Seahawks defense that has not played great this season.

Seattle is allowing 5.8 yards per play on defense this year, which is good for 26th in the league this season. The Giants offense hasn’t particularly lit it up this season either as they are averaging 5 yards per play and rank towards the bottom of the NFL.

No, Daniel Jones does not help this week, although it probably isn’t too far of a drop off from McCoy starting. As bad as the Seahawks defense has been, they should be able to slow down the Giants’ offense. Russell Wilson should be able to light up a middle of the road defense like the Giants have and win by double-digits this Sunday.