Week 14 NFL Best Bets: Which New York Team Should You Back? 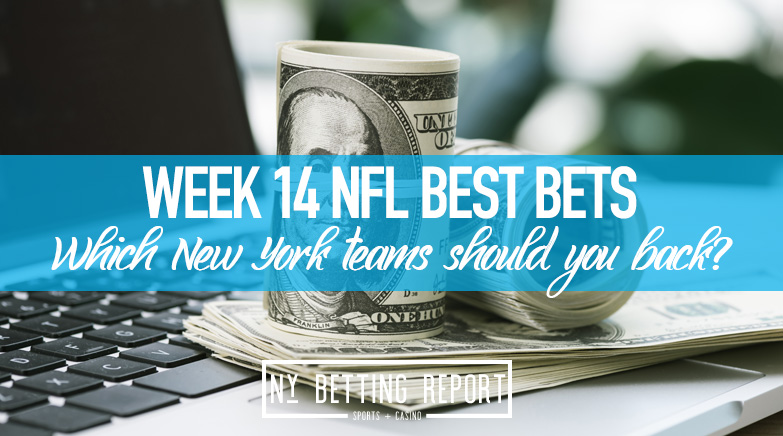 There are four weeks left in the NFL season, and all three New York teams will be back in action on Sunday. The Giants are hosting the Cardinals at home, while the Jets fly out to Seattle to take on the Seahawks. The Bills will be playing the Steelers at home on Sunday night.

The Bills and Giants have huge games coming up this week as both teams look to get one step closer to winning a division title. The Jets are looking to win a game this year finally, but as a 13-point underdog to the Seahawks, it doesn’t seem likely to come off a tough home loss.

Here are this week’s best bets.

The Cardinals will travel to New York to take on a Giants team that just upset the Seahawks in Seattle last Sunday. Arizona lost to the Rams at home and are now 6-6 on the season, hoping to finally bounce back after losing four of their last five games. The Cardinals are now on the outside of the playoff picture while the Giants are 5-7 and in first place of the NFC East. Both teams need a win badly on Sunday, making it a great battle.

The Jets almost secured a win last Sunday before Greg Williams called a controversial all-out blitz at the end of the game costing New York. Williams is fired, and the Jets now head out to Seattle to take on the Seahawks. Seattle is also coming off a loss to the Giants this Sunday and will be ready to bounce back for this Sunday afternoon showdown. It would be a miracle if the Jets can win their first game of the season in Seattle this week.

The Pittsburgh Steelers and Buffalo Bills are the Sunday night game this week, and it should be a great matchup. The Steelers are coming off their first loss of the season, while the Bills knocked off the 49ers on Monday night. Both teams played on Monday due to covid scheduling, so the rest will be even. Pittsburgh could be hitting a few bumps after starting the year 11-0, and Buffalo will be a good test to see where this team is at.

The Giants should keep this game close against Arizona despite the sell-high spot with New York. The Giants are hitting on all cylinders at the right time, and a win this week will get them one game closer back to .500. Arizona is looking to get back on the winning path, and they have a shot, but this game could come down to the wire and possibly be within a field goal.

Buffalo should take care of business on Sunday night. Pittsburgh is at a great sell-high spot, so the Bills should come away from Sunday with a win. The Bills’ offense should move the ball, and the Steelers’ offense continues to look lackluster.