Week 16 NFL Best Bets: Which New York Team Should You Back? 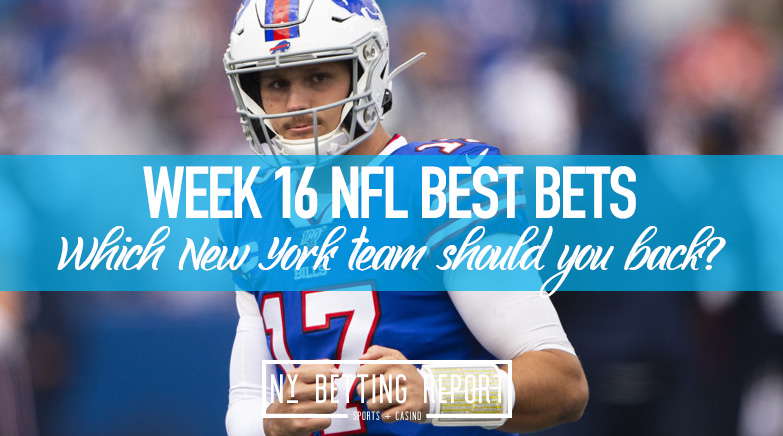 There are two weeks left in the NFL season and only a few more weeks where we can back the New York football teams. The Bills are in the playoffs after clinching the division last weekend. However, the Giants and Jets might not be fortunate enough to play in January this year.

The Giants are still alive for a playoff spot with the NFC East division title on the line. However, they to win two tough games and need to help to secure a spot. The Jets are have been out of the playoff race and won their first game of the season last week. They also lost out on a chance to earn the number one overall pick, which now is given to the Jaguars.

The Cleveland Browns take on the New York Jets at MetLife Stadium this Sunday. New York is coming off its first win of the season and is in a prime opportunity for a letdown spot this weekend. Of course, it’s hard to say it’s a letdown spot with a 1-13 team, but New York will most likely not be able ot hang around on Sunday.

Cleveland is one win away from clinching a playoff spot and has a chance to win 11 games for the first time in over two decades. The Browns know what is a stake this Sunday, and they will not take their foot off the gas like how the Rams did the Sunday before.

One thing is that the Jets have a very good run defense and has a chance to slow down Nick Chubb, which is a key part of the Browns offense. However, the Jets passing defense will not keep up with Baker Mayfield and the passing offense, where the team will make up the yardage.

Trusting Sam Darnold to win back to back games with this Jets team is difficult to do. New York’s offense will not keep up with the Browns, and the Jets will struggle to move the football against the Browns defense.

Expect the Ravens and Giants to be a low scoring affair on Sunday. Both teams are competing for a playoff spot, so this should be a competitive matchup. However, scoring is going to come at a premium.

The Giants are starting Colt McCoy for a third straight week, and the Ravens defense should have no issue stopping New York from moving the football.

On the other side of the ball, the Giants’ defense has kept the team in games this season. The Ravens offense is starting click with Lamar Jackson under center, but it could struggle against the Giants defense. Also, with the rushing attack that the Ravens have, the clock will be running a lot more, which also benefits the under.

Even if the Ravens can put up points, it’s hard to see the Giants replicating that on Sunday.