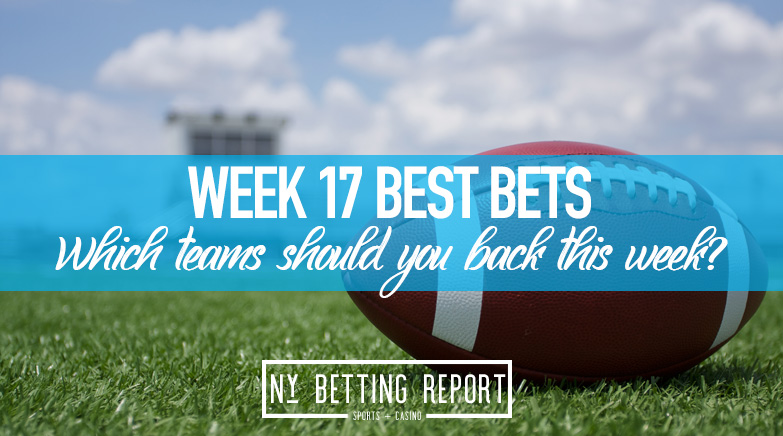 We have finally reached the last week of the NFL season. Betting on the New York football teams has been profitable, which means there will be one more chance to do so this Sunday. All three teams are playing in Week 17. The Cowboys and Giants square off to keep their playoff chances alive. The Buffalo Bills look to secure the number two seed in the AFC while their opponent Dolphins team tries to earn a playoff spot. The Jets have won two in a row and now look to finish the season on a three-game winning streak over the New England Patriots. Here are the best bets for Week 17.

The Giants have Daniel Jones back under center, which is huge for New York against this underwhelming defense. New York fell to Dallas 37-34 earlier this season when Dak Prescott went down for the season. A lot of football has been played since then, and the Giants and Cowboys are different teams. Now, the Giants have an edge to finish the season with a win. New York’s defense should limit the Cowboys’ offense, and Jones under center is going to help the Giants.

The New York Jets are finishing the season strong! After losing 13 straight games, they knocked off the Rams and Browns to go to 2-13 head into Week 17. Now, they have a chance to finish the year on a three-game winning streak and get a win over the New England Patriots.

The Patriots’ offense has been dismal this season with Cam Newton under center. Newton has not thrown more than two touchdowns this season, and it probably won’t happen on Sunday. The Jets defense is surprisingly good for a team that didn’t win its first game until Week 15.

As bad as the Jets offense has looked, it has a chance to put up point on this Patriots defense. New England has one of the worst defenses in the NFL, according to Football Outsiders. With multiple opt-outs on that side of the ball, it has hurt the Patriots all season.

Ryan Fitzpatrick tested positive for COVID-19 and will not be able to play this Sunday in Buffalo. This gives the under a lot of value in this matchup. With Tua Tagovailoa back at quarterback for Miami, the Dolphins’ offense will struggle to move the football against the Bills.

On the other side of the ball, Miami has a great defense and will limit the Bills’ offense. There is also a chance Buffalo begins to pull starters if the Steelers are losing in the second half. Buffalo has the tiebreaker over Pittsburgh, so this will be something to watch. A half of backups will help this game go under.