What Platforms Could Come To New York? 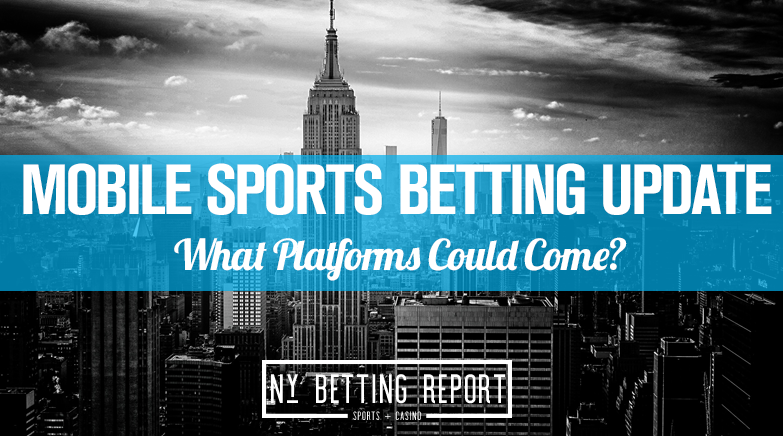 There is still a lot of unknown to when and who will be operating in New York more mobile sports betting. The goal is still by the end of the year but given they failed to legalize until later and now need to accept bids, they will likely miss a good chunk of the NFL betting season and most still go to New Jersey to place bets, and they have been over the last year. There has been some recent news that suggests there is a chance for more sportsbooks than anticipated.

To put New York’s plan in comparison, New Jersey has just simply allowed operators to come in with 20 skins and they allow over 30. This has given them multiple operators in the state, which is a plus for the public. New York is allowing bidding for their licenses, which is limited to two providers and then they will partner with four operators. However, news has come out that multiple sportsbooks can combine under one license. FanDuel, DraftKings, and BetMGM are the major players who will be looking to get in and now could do it under one license and then operate on their own. However, this requires the companies to come together to put in a bid.

There is a chance that New York could allow more bids for platform licenses, which would open the door for secondary sportsbooks like PointsBet, William Hill, and Barstool. These companies are currently on the outside looking in but could join in a bid with the names above. Now if the free market model was in place, this would simplify the process, but now having companies potentially joining together for a bid throws a wrench into things. If they open up to more platform licenses, then it might make the companies above just go on their own and dominate the market.

Over the next few months, there will start to be information on who is putting in bids. Once the ball gets rolling there, others will follow. There is still a good chance it is only a company or two operating in New York instead of the multiple operators like some of the other states show as a model. That model was what most lawmakers wanted, but Governor Cuomo eventually got his way.