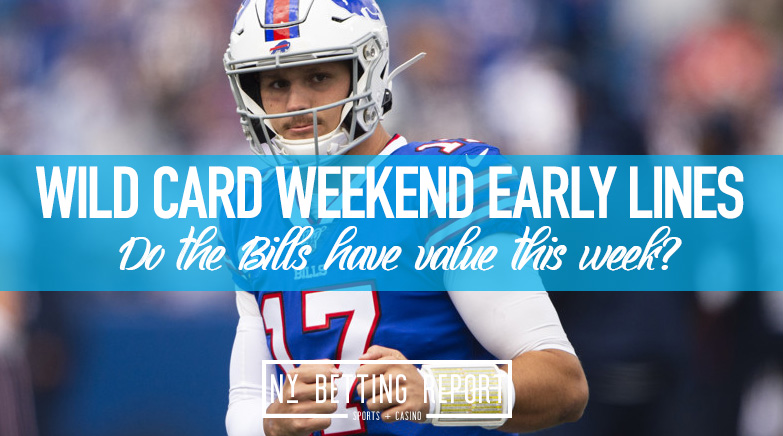 The 2020-21 NFL Playoffs are set! After the last week of the NFL season concluded on Sunday, the Buffalo Bills are the only New York team to make the postseason. There was a good chance of this with the New York Jets starting the season 0-13, and the Giants finished the season 6-10 and needed Washington to lose its last game of the season for the G-Men to get in.

The Bills will host the Indianapolis Colts on Saturday and be the first playoff game of the postseason. Buffalo opened up as a seven-point favorite and has a good chance of making it into the divisional round for the first time since 1995.

Here is an early look at the Buffalo Bills Wild Card Round playoff odds.

The Colts travel to Buffalo to take on the Bills this Saturday. Buffalo has a great shot at getting into the next round of the playoffs by playing Indy at home. The Colts are 2-3 in outdoor games this season and have struggled in four of their five games.

Buffalo’s offense should move the football as the Colts defense has been susceptible in the last month of the season. On the other side of the ball, the Bills defense has struggled this season, but the Colts offense is a different team outdoors. There is no guarantee they will have similar success in Buffalo on Saturday, which could cost them a win.

Seeing how the Colts play in the elements will be the biggest factor on Saturday, and if they look like how they have played in outdoor games this season, this could be a quick finish and get Buffalo into the divisional round for the first time since 1995.

Controversy in the NFC East

The Giants beat Dallas 23-19 and had a chance to get into the playoffs pending the Washington and Philadelphia game. The Eagles were down 17-14 to the Football Team. In the second half of the game, Jalen Hurt was replaced by Nate Sudfeld and the NFL world felt like the Eagles tanked the last half of the season to help Washington secure a postseason spot.

Players and media members went back and forth on social media about their disgust with the Eagles and not trying to win the season’s e last gaon. The controversy began as to whether or not it was fair the way Washington was able to get into the postseason.

The Giants played a hard-fought game against the Cowboys and Washington was able to play against Nate Sudfeld to secure a playoff spot.

Regardless of the outcome, if a team wants to get into the postseason, and need help from another team, maybe don’t finish 6-10. The NFC East was horrible and the outcry from the Giants is unjustified. Be better than 6-10 and needing the Eagles to save their season, and New York is playing in January.