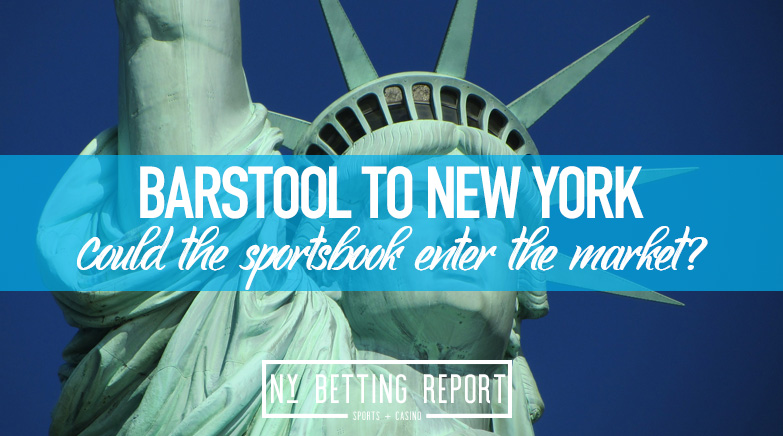 Barstool Sports has called New York City home for the last four years. After being headquartered outside of Boston, the sports media empire changed homes to New York after Chernin Group bought Barstool’s piece in 2016. Since then, Barstool Sports grew even larger, and in February of this year, Penn National Gaming acquired a stake in Barstool Sports and helped create the Barstool Sportsbook app.

The first state it launched was Pennsylvania this September, and plans to expand to Michigan and potentially Maryland in 2021. Barstool Sportsbook has a chance to become one of the top sports betting apps in the U.S. thanks to what the Barstool Sports brand means to millions of millennials and Gen Z’s.

With the possible expansion into multiple states, does New York have a chance of hosting the Barstool Sportsbook? With the company headquartered in the city, then it would want to capitalize on its home state.

Penn National also does not operate a casino in New York, which Barstool partnered with this year. This makes things more logistically difficult for Barstool to launch in the New York market since its casino partner is not operating there.

Barstool has a strong following in Buffalo’s city thanks to ‘Bills Mafia’ getting table smashing videos to go viral on the Barstool media platforms.

There are still three casino licenses that Penn National could try to acquire from New York as well. New York plans to add more casinos around the New York City area, and Penn National could go after one of those, which would then allow Barstool Sportsbook to enter the market and arguably the best location in the state.

When Barstool Sportsbook launched its mobile app in Pennsylvania, it had the single-most downloaded app among any sports betting operator for a day and the first weekend.

Barstool Sportsbook had a great first weekend and the first month in Pennsylvania, taking over 10% of the market share.

Mobile betting is going to be the driver for Barstool Sportsbook. Its users and customers are already accustomed to using mobile devices, and everyone who follows the Barstool brand is following it on Instagram, Twitter, or any other social media platform.

Most likely, the only way Barstool will be entering the New York market if either Penn National receives a casino license or the state legalizes mobile sports betting.

One of the two could happen sooner than possible.