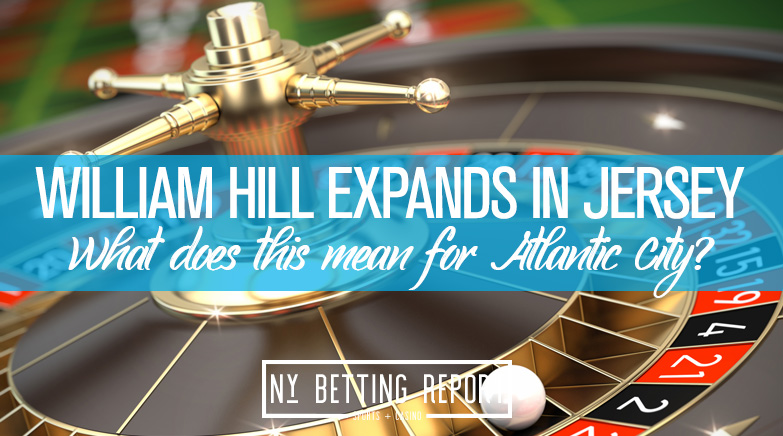 William Hill announced on Thursday that they are now operating sportsbooks at Harrah’s and Wild West Casino in Atlantic City.

The changes come from the blockbuster merger of Caesar’s and Eldarado Resorts earlier this summer. William Hill is looking to expand throughout the entire Caesar’s sports betting business as well, according to reports.

William Hill continues its U.S. expansion across the country. Earlier this week, they launched in West Virginia and Colorado and recently took over six more sportsbooks in Las Vegas. Now, they add to the empire picking up two more sportsbooks in Atlantic City.

William Hill continues to add to its business. With the addition of two Atlantic City sportsbooks this will increase their rapidly growing portfolio. What has helped William Hill with this ever-growing expansion is its deal with Eldorado Resorts.

This is going to significantly expand its footprint across the U.S., and we already see it play out.

William Hill will also be using its technology to back the app, which shows the impact of how big of a scale the William Hil empire can turn into in the U.S. sports betting market.

What’s Next for William Hill

With the takeover of Harrah’s and Wild West, William Hill now operates eight casinos in the Atlantic City area. This also includes the six that they recently took over in Las Vegas from C.G. Technology last month.

There is no doubt that William Hill will become a household name in the U.S. sports betting industry over time. With the partnerships created with Eldorado and Caesar’s Entertainment, they will only expand their footprint across the country.

William Hill has made big moves for its company in recent weeks, along with entering the West Virginia market and launching its sports betting app in Colorado. As more states legalize sports betting in the U.S., William Hill will be able to enter the markets at a faster rate than the competition.

There is also the possibility that William Hill can strategically enter markets thanks to the Eldorado and Caesar’s partnerships they have formed. With the growth they are seeing, this gives them more leverage to continue to expand across the U.S.

William Hill has eight casino operations in Atlantic City alone. Do not be surprised if they continue to expand.